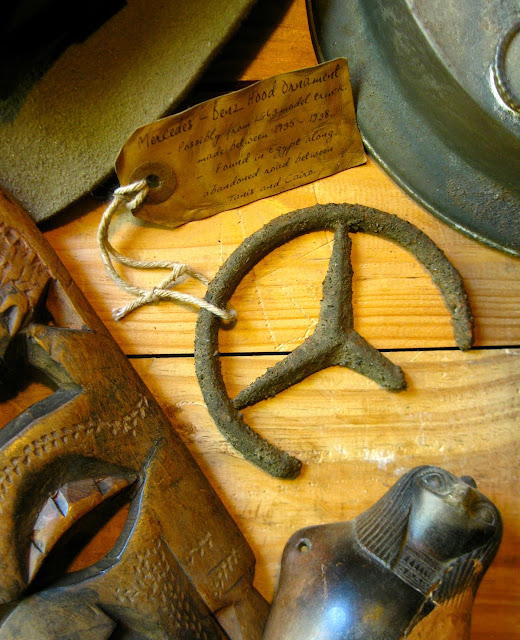 A new addition to my Cabinet of Curiosities. This odd artifact was said to be found in Egypt with other items salvaged after an international incident during the 1930s covered up by the US Government. I acquired it from someone who I can only say was one of few "top men" working in a secret warehouse somewhere. Even though it's just a rusty old Mercedes-Benz truck hood ornament, it seemed important enough to tag and save. 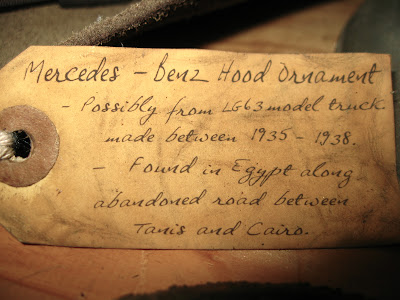 Creating an Indiana Jones relic is a tall order considering the subject manner and that some of the coolest props ever made came from those movies. Many of which are often recreated. I decided to keep this one simple, fun and in theme with the past "storytelling" artifacts I've made.

It's from one of the best moments, among many, in Raiders of the Lost Ark when our hero was tossed out of the cargo truck and grabbed the hood ornament in a desperate attempt to hang on. Then of course, in cliffhanger fashion, it breaks off! I've always wondered what happened to that emblem. In my imagination, at some point the US Government went in and cleaned up all the evidence of the Ark incidents, even the smallest details. 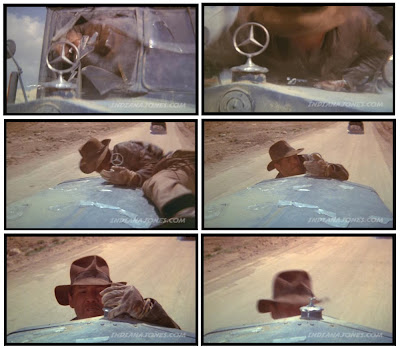 It was real easy to make. Using reference of a new one online, I cut out the shape from foamcore (about 3" in diameter). Knowing it was going to look beat up, rusty and 70 plus years old when finished I didn't stress on making my cuts, dimensions and angles exact or perfect. As seen in the movie, a small bottom edge of the ring seemed to have remained on the hood stand after it broke off. I also cut away more of it to add some weathered character as if been laying in the road for years. 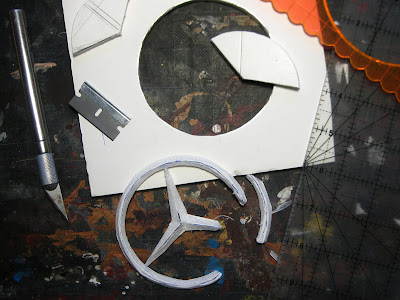 I spray glued on a coat of dirt from the backyard for texture. Once dry I dusted off the excess and built up a few mottled coats of black, brown and orange craft acrylic for color. While wet I added another light dusting of dirt.

I made the label in Photoshop and printed onto card stock. I wanted to keep it unsophisticated, as if hastily scribbled in the field. After I trimmed it, I glued on construction paper made circles as old fashioned reinforcing rings and punched out a hole for the string. It's all aged with coffee. 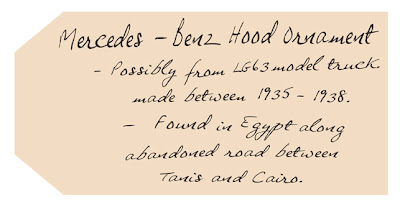 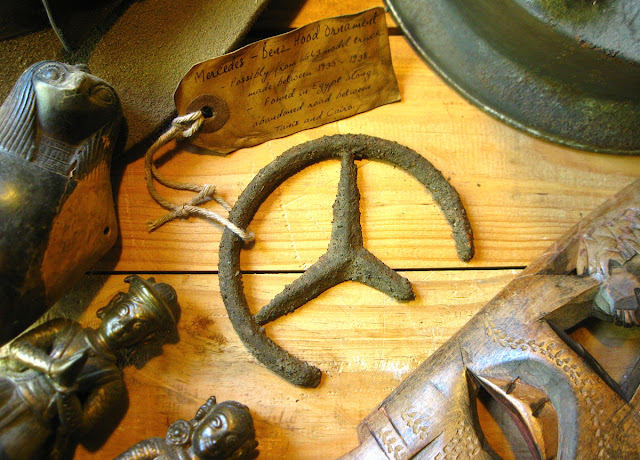 On a side note while on the subject of Indy artifact making, I posted earlier this month I was going to make Elsa's lighter from Last Crusade and share the "how-to". Believe it or not, it actually turned into a more involved project than I planned on. I've had to put on the back burner for now, but it will show up down the line here soon.
Posted by Dave Lowe on Friday, July 01, 2011
Email ThisBlogThis!Share to TwitterShare to FacebookShare to Pinterest
Filed under: Cabinet of Curiosities, How to's, Indiana Jones, Props