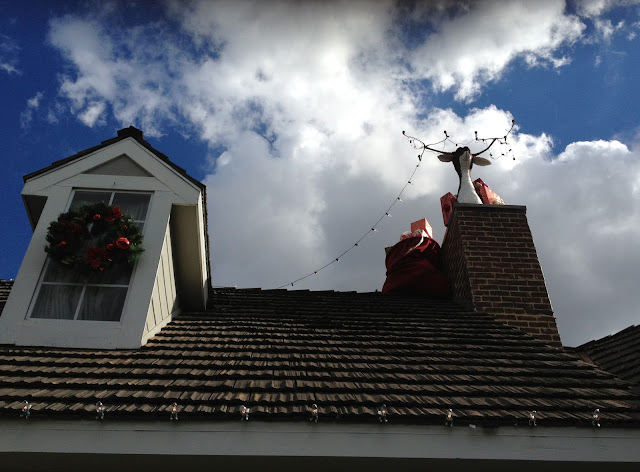 Last month I mentioned the chimney reindeer idea I had for the Home & Family show house. Well, he actually did get made, but sadly, it's taken me this long to post about.

Like many of my prop projects, they start with a sketch. 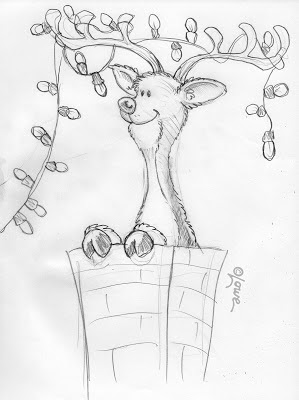 The actual prop build began with a support structure. I mounted a galvanized pipe on a plywood round. On top of the pipe I glued on styrofoam balls and blocked in his basic head shape. 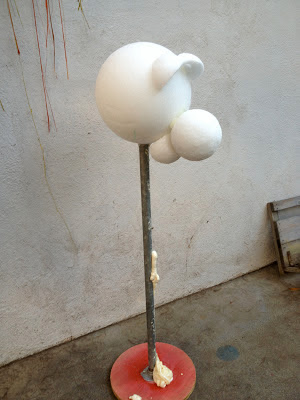 Next, I covered him in good 'ol spray insulation foam. 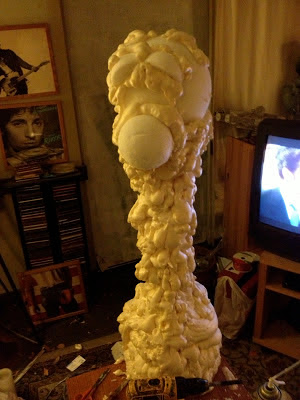 I added his antlers. They were made from bent pieces of PVC pipe with lengths of thick wire taped on the ends as his antler points. 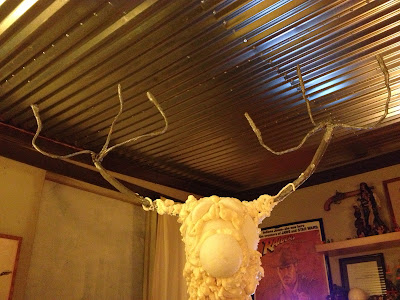 Once the foam set up, I carved/sculpted everything into a decent reindeer shape. I also reinforced his antlers wrapping in layers of duct tape, and added small plastic balls to the tips to round them off, plus it gave them a little fun character. Using a sharpie I sketched in where his eyes and nose would be to get a sense of how he might look as I carved. 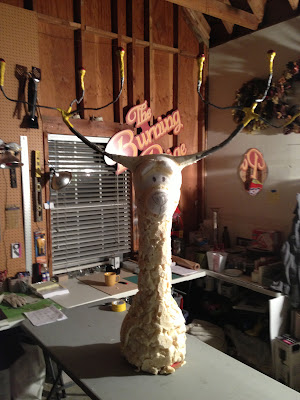 Using a couple of yards of craft fur, I stretched, pinned, cut and glued on his brown coat first. 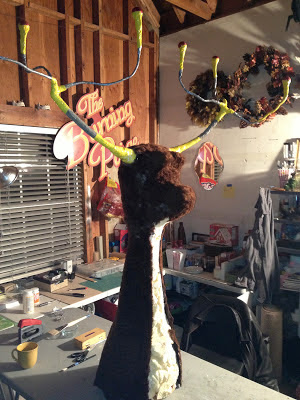 His white underbelly was next, also using craft fur. I carved his nose out of styrofoam and glued on. 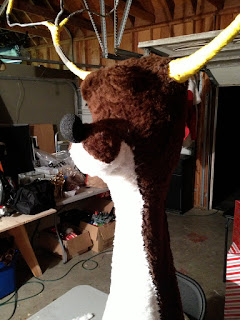 I painted his antlers a brownish grey. His eyes were two halves of a split plastic round ornament painted black. I used black shoe laces glued on to accent his mouth and muzzle. His ears are heavy card stock cut to shape and sandwiched between glued on craft fur. 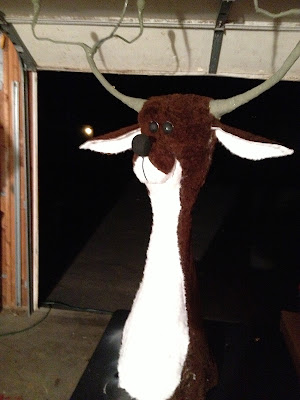 Once done, I screwed him onto the house's chimney, which being a TV set is fake and made of wood. I added Santa's bag next to him with a few presents. The antlers were strong enough to simply drape a line of Christmas lights on as if tangled in. 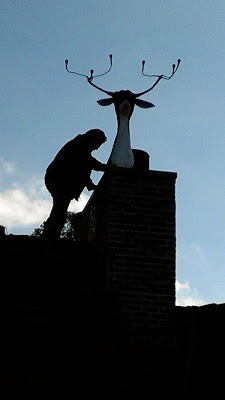 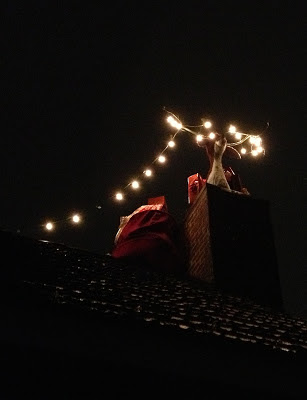 Getting him up onto the roof was an adventure unto itself, and a tale I'll tell another time... 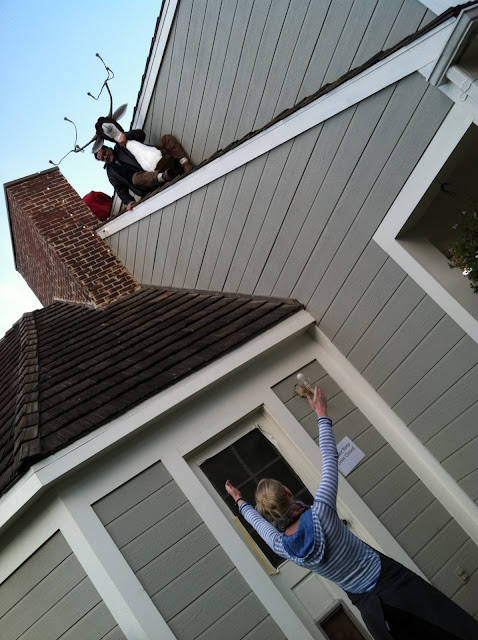