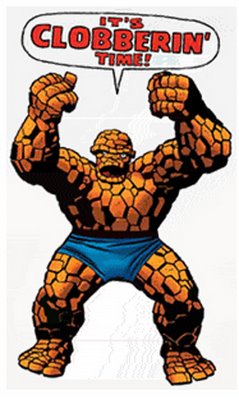 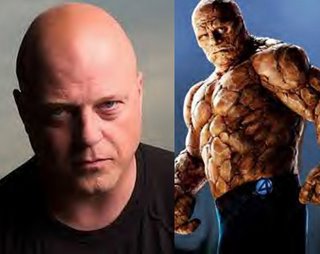 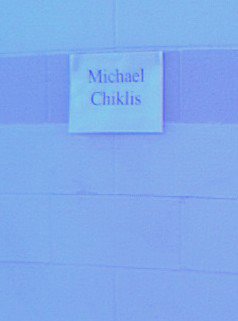 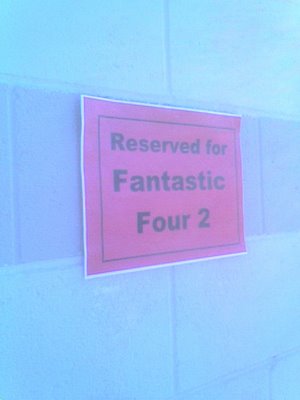 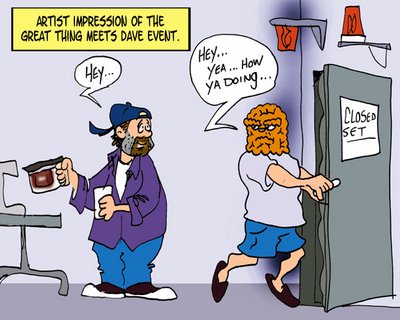 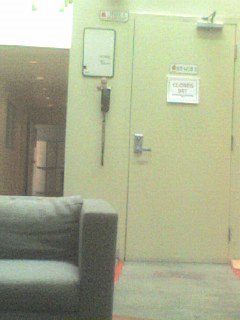 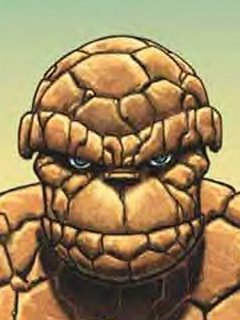 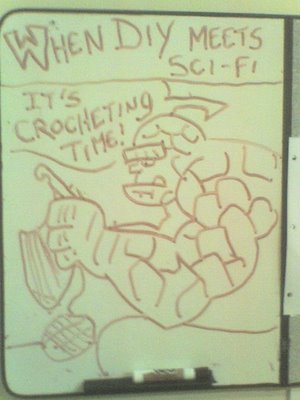 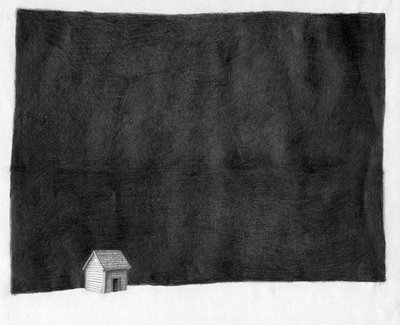 My sister Monica is the "fine artist" in the family. She's got me beat by a 100 miles with numerous gallery shows under her belt and a master's degree. Her work has real thought and care and she uses fancy big words and descriptions to explain it.

The extensive research she did for her "seismic" series still amazes me. We were roommates during the tail end of that project and I remember stacks of data obtained from CALTECH all over the place.

She has created her own "blog" as a small showcase and hope all visit. Click on or go to

www.monicaellenlowe.blogspot.com
Posted by Dave Lowe on Saturday, August 26, 2006 No comments:
Email ThisBlogThis!Share to TwitterShare to FacebookShare to Pinterest 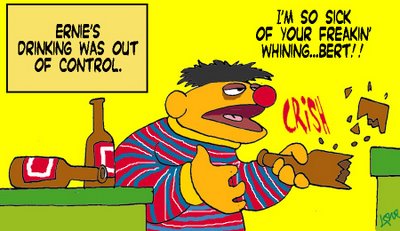 Posted by Dave Lowe on Saturday, August 26, 2006 No comments:
Email ThisBlogThis!Share to TwitterShare to FacebookShare to Pinterest
Filed under: Cartoons 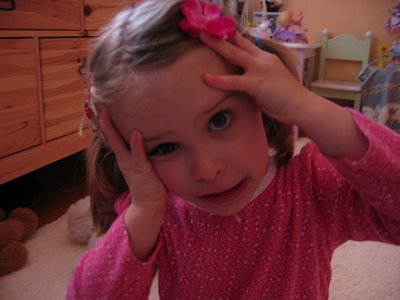 My niece, Devin, is 4 years old...with a huge head full of loose screws. Her personality switches from adorable, introspective, wierd, sweet, grumpy, euphoric or plain looney with no pattern.

My Parents were babysitting her and I met them all at Mel's Drive In for a quick dinner while I shopped for props after work tonight.

My niece sat backwards in her chair watching a couple at the table next to us. She then decided it would be more fun to pull the short hairs from the beard on my face.

She giggled and did it again.

"You must be DESTROYED!" She said reaching to pull more facial hair.

She has made me adore her even more.
Posted by Dave Lowe on Wednesday, August 23, 2006 No comments:
Email ThisBlogThis!Share to TwitterShare to FacebookShare to Pinterest
Filed under: Niece Devin

What I learned at work today... 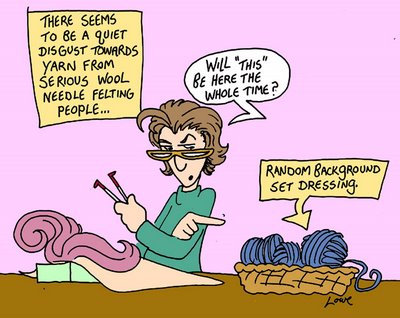 Posted by Dave Lowe on Tuesday, August 22, 2006 3 comments:
Email ThisBlogThis!Share to TwitterShare to FacebookShare to Pinterest
Filed under: Tales of TV Work 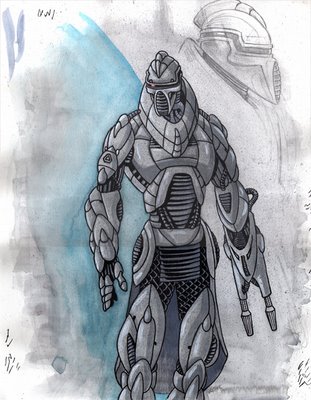 Also my first interview ever is up by Dale at www.byyourcommand.net. Dale's fan sight has what must be the most comprehensive visual library about all things Battlestar Galactica from the 70's to the new Sci Fi series.

Click on or go to http://byyourcommand.net/photogallery/DeSantoSinger/DaveLowe?full=1
to read the interview.
Posted by Dave Lowe on Sunday, August 20, 2006 No comments:
Email ThisBlogThis!Share to TwitterShare to FacebookShare to Pinterest 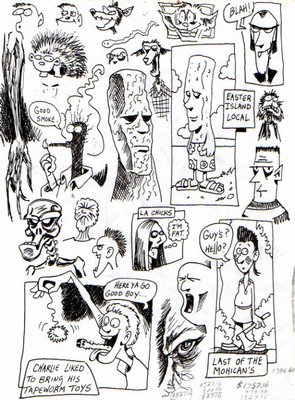 click on picture to enlarge.
Posted by Dave Lowe on Sunday, August 20, 2006 No comments:
Email ThisBlogThis!Share to TwitterShare to FacebookShare to Pinterest
Filed under: Sketchbook 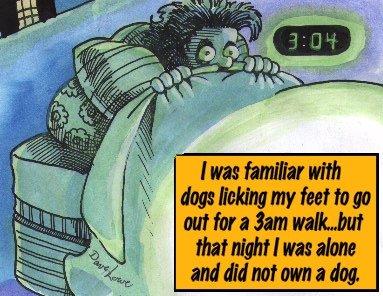 Posted by Dave Lowe on Saturday, August 19, 2006 No comments:
Email ThisBlogThis!Share to TwitterShare to FacebookShare to Pinterest
Filed under: Cartoons

I have just completed the new makeover set design of DIY's Uncommon Threads . I'm now working as the day to day art director, propmaster, prop person or that fat guy always smoking outside as I also design the set revamp for the second season of DIY's upcoming series Craftlab.

I'll be posting sometime in the future a story on the show's old set design evolution to the new season's design. In the meantime one of our talented and recent guests, Pam Gillette of Knotty Generation, posted her "behind the scenes" experience with a shout out to the props dept. on the show which made me smile. Here's the quote:

"Just before we were going to start taping, one of my skeins of yarn got tangled, and Dave, one of the props guys, jumped in and untangled my yarn, gotta love that! He also would re-thread the sewing machine for Allison between “takes”. I’ve decided I’d like a props person around the house, for when I need a little extra help…oh…wait a minute, that’s only in Hollywood."

For the full article on her experience visit www.knottygeneration.blogpot.com including a picture of me hard at work.

I know I do alot more in my day for Uncommon Threads... but thinking about it; Pam's need of untangling yarn to make her a more relaxed and prepared guest is what the props crew does. I could write alot about my daily job details but does anyone really want to read about deciding between green mats or blue mats to work on and other important decisions that the show demands? No, didn't think so.
Posted by Dave Lowe on Friday, August 18, 2006 7 comments:
Email ThisBlogThis!Share to TwitterShare to FacebookShare to Pinterest
Filed under: DIY Network, HGTV

I try to doodle and sketch as often as possible keeping my "artistic" muscles in shape. Sometimes though, days go by getting caught up in regular work and life stuff.

I now have a small Sunday morning ritual trying to take the time to doodle a full page in my sketchbook while having my coffee. I thought I'd make this a regular Sunday post as well. 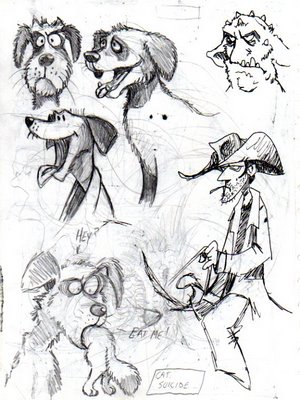