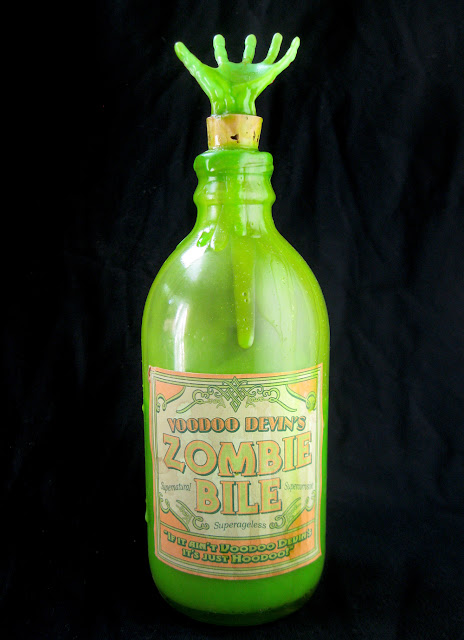 Made this goofy prop with leftover slime saved as a souvenir from this season's Brainsurge. The other materials are a used soda bottle, a cork and an old Halloween cupcake topper that niece Devin gave me last year. 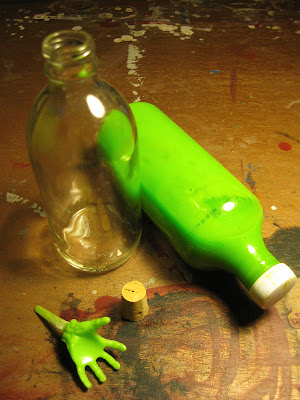 Actually Devin gave me the soda bottle as well last year, with a cute note to make something out of, but I never did. I kept safe though and will finally now find a place in my Halloween decor this October. 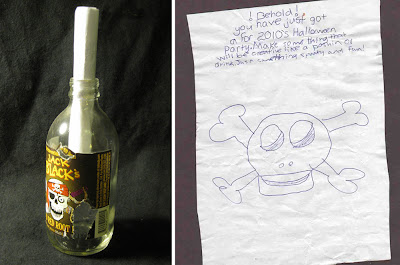 Thought it fun to call it Voodoo Devin's in thanks to her contributions to the prop. The slime as well has a bit of connection, Devin came to visit her old uncle at work and be in the audience for a taping of Brainsurge this year.

I designed the label to be intentionally less creepy and more lighthearted looking with an "old timey" grocery or pharmacy style. Feel free to use, but I'm keeping the slime recipe a closely guarded secret. 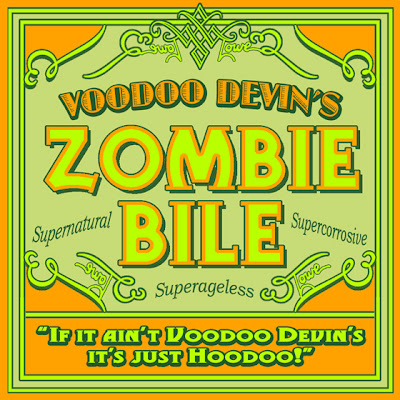 Below is a recent video interview with Disney animator Andrew Deja.

My favorite quote from it...


"When I look at just this, an empty sheet of... a block of paper.
This is an invitation to me. To do something fantastic on, you know."

Posted by Dave Lowe on Monday, March 28, 2011 3 comments:
Email ThisBlogThis!Share to TwitterShare to FacebookShare to Pinterest
Filed under: Creative Inspiration 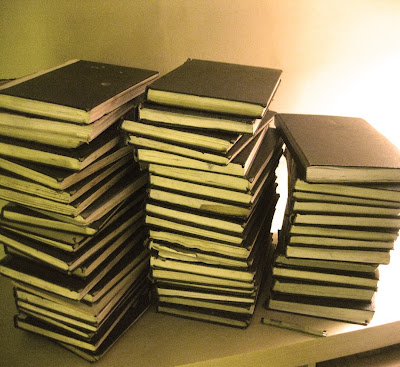 This month marks a creative anniversary of sorts for me. I'm now doodling in my 50th sketchbook since I started using the Classic hardbound types back in March 1983. The left stack is the 80's, center is the 90's and right is the 00's so far.
Posted by Dave Lowe on Sunday, March 27, 2011 6 comments:
Email ThisBlogThis!Share to TwitterShare to FacebookShare to Pinterest
Filed under: Sketchbook 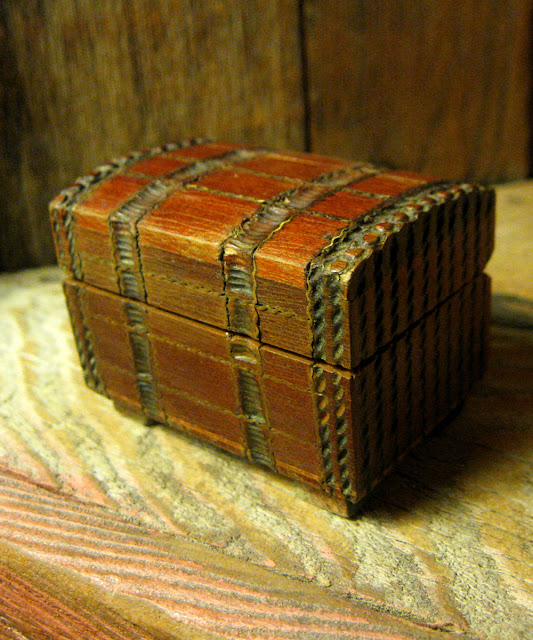 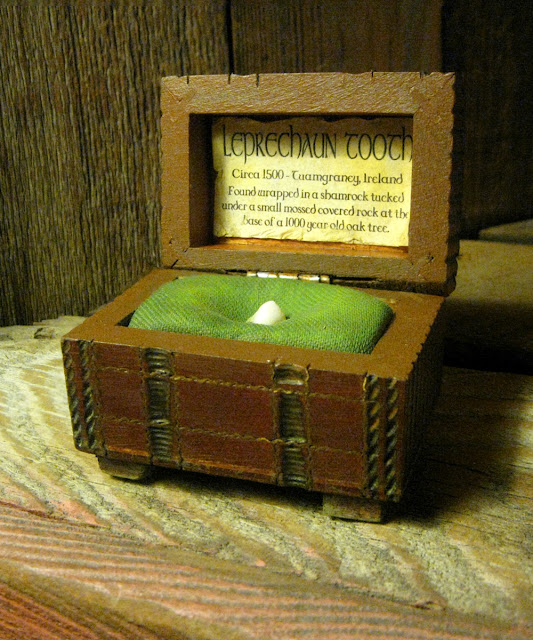 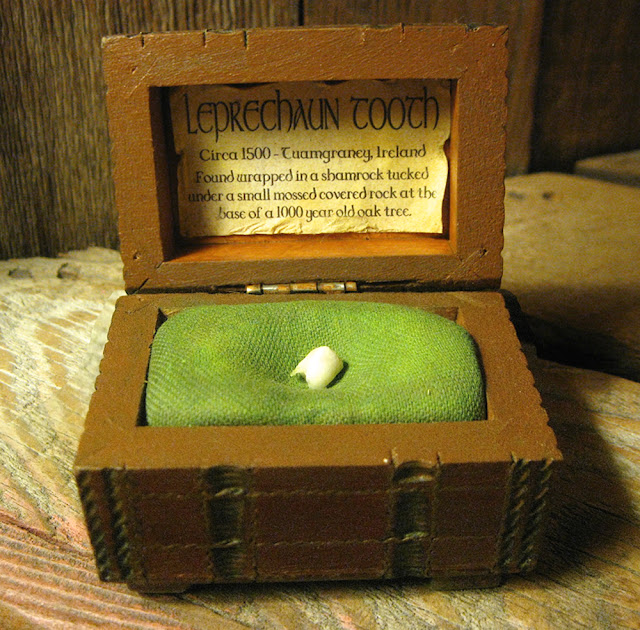 Historical fact: The village of Tuamgraney is home to what is believed to be one of Ireland's oldest living oak trees, estimated at over a 1000 years old.
Posted by Dave Lowe on Monday, March 21, 2011 6 comments:
Email ThisBlogThis!Share to TwitterShare to FacebookShare to Pinterest
Filed under: Cabinet of Curiosities, How to's, Niece Devin, Props 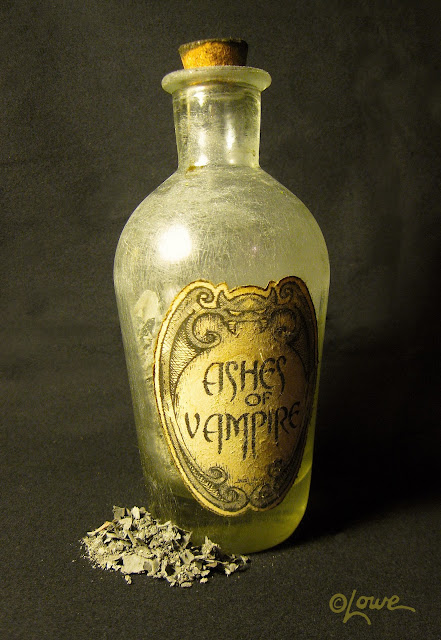 I made a new dark magic ingredient bottle for my ever growing collection of witchcraftian supplies. I thought the remains of a sunburned vampire would have to be needed in some necromancer's recipe.

This was a really quick to create, prop making palette cleanser between projects. The only unique trick used on this one that I've never done before on other such bottles was scratching up the glass with heavy grit sandpaper so it felt more antique. I like the effect and will definitely do more often.

Below is the label art I drew, scanned and finished in Photoshop. Feel free to use on your own prop if you want. Click to enlarge. 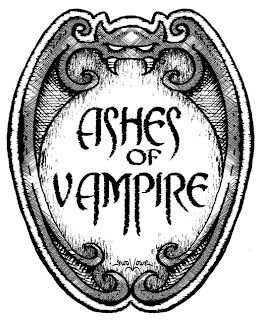 Posted by Dave Lowe on Sunday, March 20, 2011 14 comments:
Email ThisBlogThis!Share to TwitterShare to FacebookShare to Pinterest
Filed under: Cabinet of Curiosities, Halloween 2011

The Los Angeles Times has a terrific website dedicated to all things comic book related called Hero Complex. This profile video found there on Mike Mignola is a welcome creative boost today. Fun to see the cool reference items and props around his studio, not to mention watching him work at his drawing table.

Posted by Dave Lowe on Friday, March 18, 2011 2 comments:
Email ThisBlogThis!Share to TwitterShare to FacebookShare to Pinterest
Filed under: Creative Inspiration

A Zombie A Month: Sam Haney the Assistant

My Halloween prop graveyard keeper Patrick O'Treaty needs an assistant next October. You know, someone to push the corpse cart around and make sure the freshly dug plot dirt is in neat mounds.
The back story I imagine has O'Treaty going from tombstone to tombstone reading epitaphs, like resumes, searching good undead help.

He chose Sam Haney after seeing his...


"Money made
in the black plague,
charg'in a forch'in
for every new coffin." 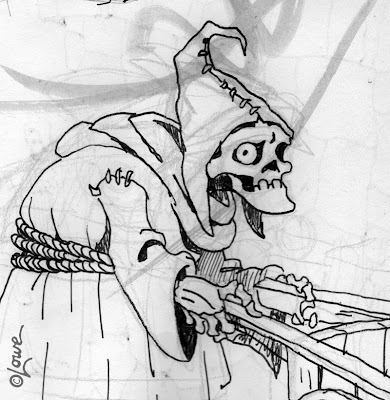 Posted by Dave Lowe on Monday, March 14, 2011 3 comments:
Email ThisBlogThis!Share to TwitterShare to FacebookShare to Pinterest
Filed under: Halloween 2011, Zombie a Month 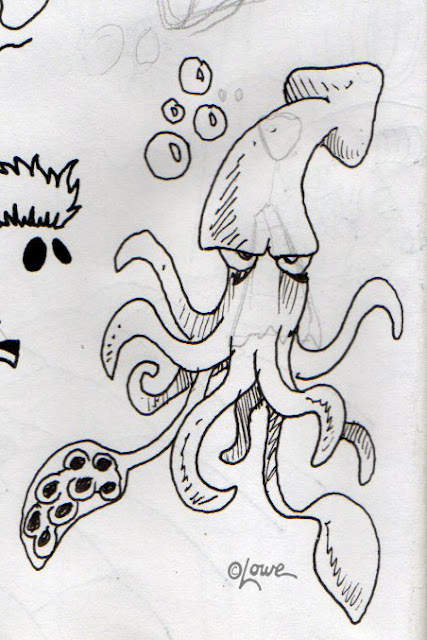 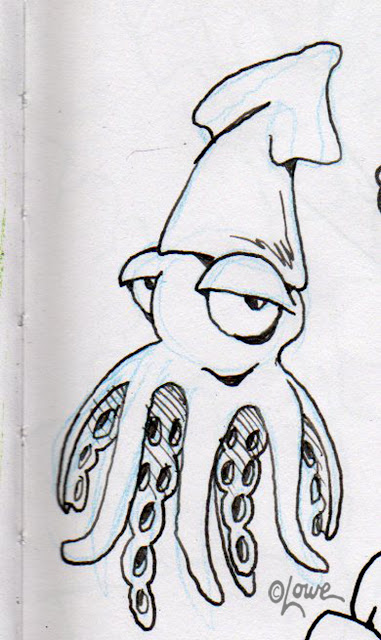 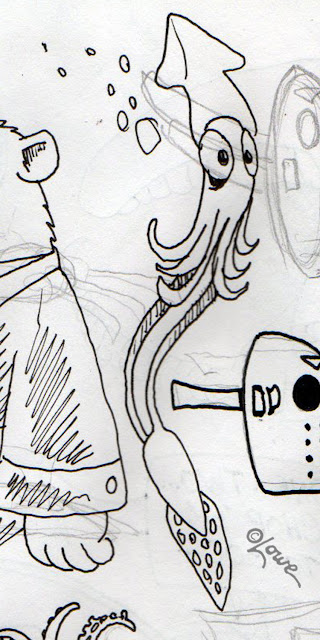