The reality show I'm working on films interviews once a week with the couple in that week's episode. I put together a small set for these. We normally do them at a hotel in Century City, but scheduling this week had us do them on a stage at a studio in Hollywood. 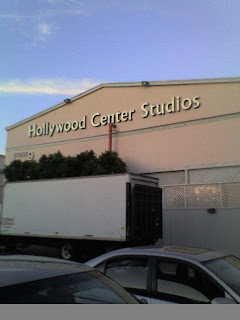 When I pulled up in front of the stage to unload my stuff, I noticed a plaque mounted on the wall. 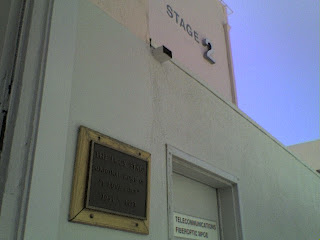 I had to smile reading it... 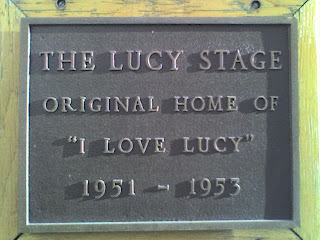 I grew up watching "I Love Lucy" every night at 6pm on Channel 11 in New York. Sometimes my Mom would let us watch on the small t.v. in the kitchen during dinner. It was a favorite show we loved watching. It's strange to remember being a kid laughing at every episode , I would of never imagined one day working on that stage.

Inside there was many old behind the scene photos hanging high up on the walls (forgive the blurry pictures, taken with the a camera phone). 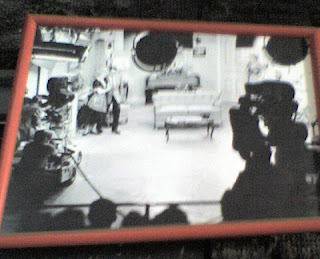 The stage was just like most old ones...dark, dusty and cold. Once I did my job putting up the "interview" set. It gave me time to imagine back 50 or so years. My set designer eyes plotted how the floor plan might of been and were Lucy and Desi's apartment was. It was fun to look at the old photos and try to figure out were the door Fred, Ethel and Mrs. Trumble made many an entrance. 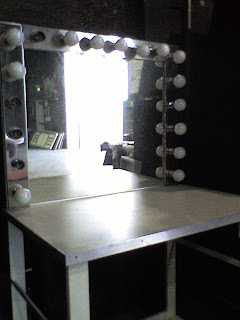 I did some research and in those years, on that stage, the classic "candy factory" and "vitameatavegamin" episodes were filmed. 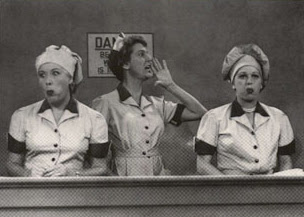 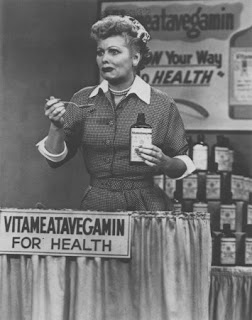 Right outside to the left was a tiny studio coffee stand... 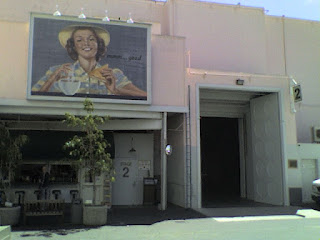 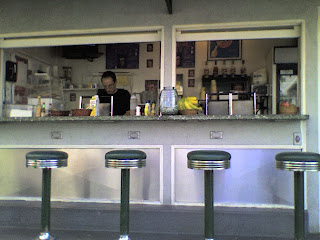 Posted by Dave Lowe on Thursday, April 26, 2007
Email ThisBlogThis!Share to TwitterShare to FacebookShare to Pinterest
Filed under: Adventures of Dave