A little while back I posted the evolution of an old eye monster prop. I mentioned how I thought that it might be fun to combine that prop with my giant window eye that follows you illusion. 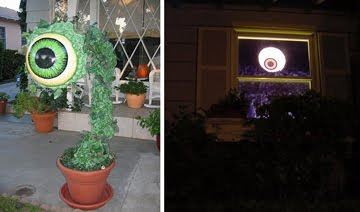 Since then, while that idea had been placed in a corner of my brain to simmer, I started to plan the build of my long hoped for crashed UFO in the roof. 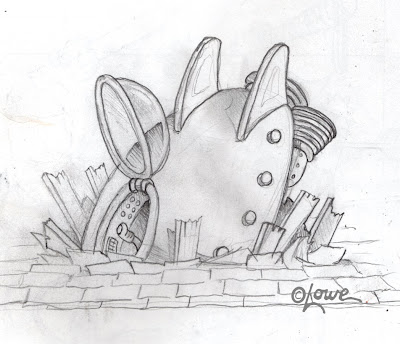 Looking back at old sketches for this idea, I rediscovered one of an alien I wanted to make that would go with it and had a "EUREKA!" moment. It's the perfect prop for combining both giant eye concepts. 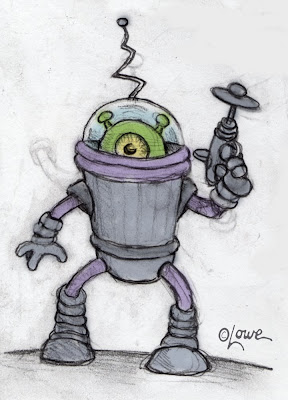 I can imagine this guy standing next to the crashed saucer following folks walk by with his one eye. He and his ship are next in the creation queue after Patrick O'Treaty is finished. 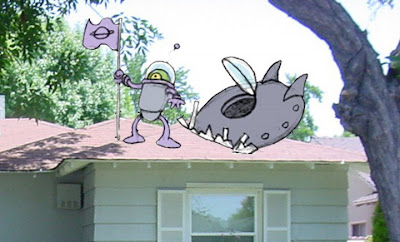 I designed a larger, total alien invasion themed yard as a possibility one year, that included the old monster eye prop then. Still think it would be a cool one to do someday. 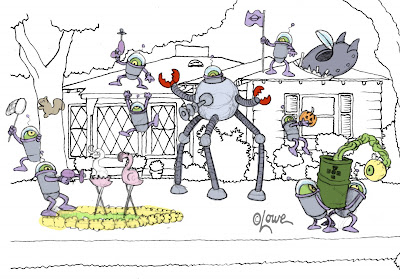 Posted by Dave Lowe on Saturday, September 11, 2010
Email ThisBlogThis!Share to TwitterShare to FacebookShare to Pinterest
Filed under: Halloween '10