My friend JAG, on her blog, posed this question the other day...

What are 10 things you've done that other people probably haven't?

I should preface that some of the things below were very stupid to do, I don't condone in anyway now being older and wiser, especially #10!

While working on Nickelodeon's Wild & Crazy Kid's we had to paint an elephant, so two teams of kids could race to see who washed off their side first. 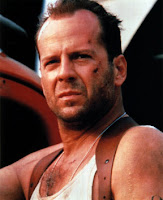 I worked in Aaron Brothers Art Mart right after College. Bruce Willis came in one day and shopped for a drawing table. My manager came running out of the office, pushing me out of the way and took over. Not that I was a bad salesperson, she was just a "suck up".

3) Climbed on a famous landmark.

A college buddy and I hiked up to the Hollywood sign one afternoon (when you could) and enjoyed the view sitting in the first "O". 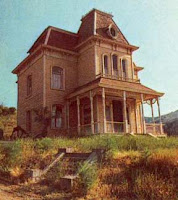 From my young and reckless file: snuck into the Universal Studio back lot with friends very late one night and "partied" at the Psycho house.

5) Had lunch with John Boy Walton.

When we were kids my Aunt Ellen became friends with actor Richard Thomas. She brought him over for lunch one weekend. The Waltons was still a hit show at the time and all the neighborhood kid's were jealous.

From my wanting to be cool file: in the early 80's when I was in High School, the NY state driver's license was un laminated paper with no picture. I discovered a talent for using a razor blade and sharp pencil to make anyone "drinking" age. I became very popular and made a lot of pocket money from classmates for my services. 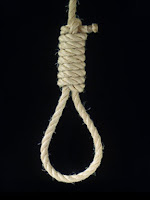 From my lucky to be alive file: as kids, my brother Ted and I were playing in the basement. I pretended to hang myself goofing around tying a noose around my neck from a water pipe. I slipped and accidentally hung myself. I passed out. Ted undid the noose and saved my life. 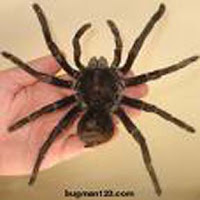 I was working on a kid's show. We had a animal expert guest who brought giant insects and tarantulas. After the show, the producers wanted to get B roll of the largest spider walking around. My job was to stand with a big piece of cardboard, keeping the spider from moving off a table and out of frame. The trainer used a straw to blow air on it and get it to move. On the first take...it more than moved... it ran! Straight at me! I got spooked and leaned back, letting the spider fall to the floor right at my feet. It raised up on it's back legs with fangs flicking out making a "hiss hiss" sound. I freaked, screamed like a little girl and ran away faster than I've ever run in my life.

9) Created my own holiday parade. 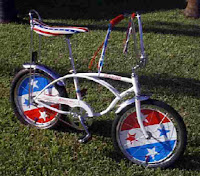 In 1976, our town had a local 4th of July Bicentennial parade. I missed it but decided to hold my own later that afternoon. I decorated my bicycle and got a couple of other neighborhood kids into it. We went up and down the local streets until we realized no one cared. 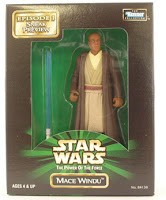 Some friends and I went to a local Comic convention one Sunday. This was before the new STAR WARS: PHANTOM MENACE opened. Ah, those hope filled days of fun anticipation when everyone thought JAR JAR might be a really cool new character equal to CHEWBACCA. One booth was selling a Mace Windu action figure not available until weeks later. I was in a STAR WARS fan fever then. I wanted to be the "first kid on the block" to own it. I shelled out the $60.00 asking price, didn't even haggle. It's only worth 10 maybe 15 bucks today. I can actually feel the word "sucker" glowing in neon on my forehead.

Post your 10 things.
Posted by Dave Lowe on Thursday, February 07, 2008
Email ThisBlogThis!Share to TwitterShare to FacebookShare to Pinterest
Filed under: Star Wars