The set was designed by Wayne White, production designer of Pee Wee's playhouse, Beakman's World and Shining Time Station. I was first hired to make some of the unique set dressing needed. Working with Wayne was one of the best professional experiences I've ever had. It got better when asked to stay on as the day to day art director once Wayne's job was done. It was a dream job. Everyday I had to design and make some crazy and fun things. 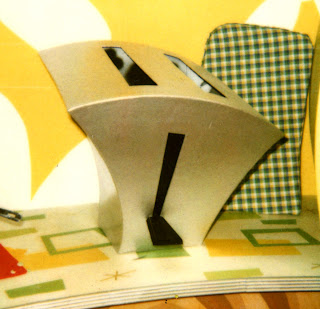 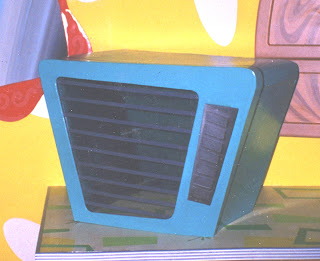 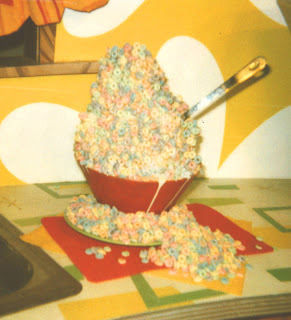 Cereal boxes became a usual prop for segments and gags. Because we could not see or say brand names the show producer, Marrisa, made up some funny fictional product names. Captain Fructose was one. At first he was just a generic superhero character I painted on a box. Over time Marrisa began to write Capt. Fructose cereal into the shows as our host's "favorite" breakfast food. I got to develop him, even making an action figure for one gag.

One bit needed a Capt. Fructose comic book. Even though the details of each page would never be seen, I went ahead and drew a small adventure for the fun of it. Far from my best work. It was drawn in haste with magic marker and no concern for punctuation or spelling (as usual). Reminds me of the comics I did for classmates in grade school. 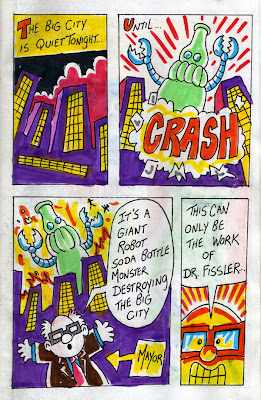 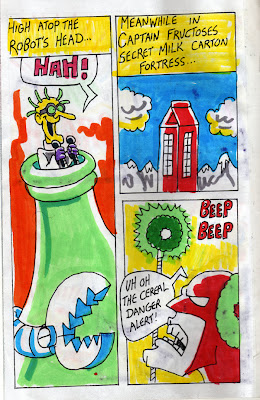 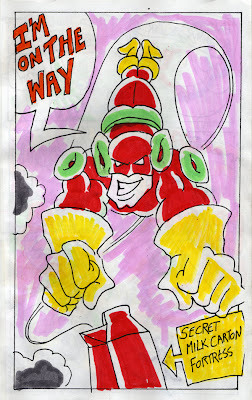 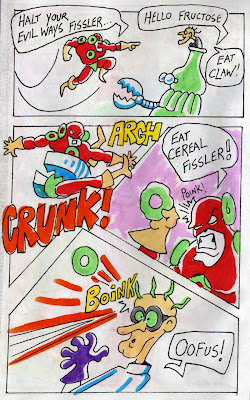 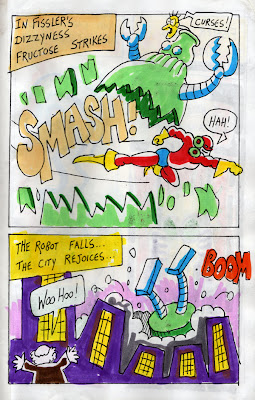 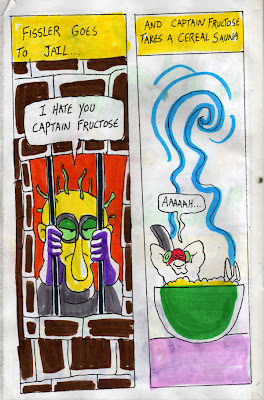 Posted by Dave Lowe on Tuesday, February 13, 2007
Email ThisBlogThis!Share to TwitterShare to FacebookShare to Pinterest
Filed under: Fox Family Channel