I've created a new prop for my cabinet of curiosities - a Hand of Glory. 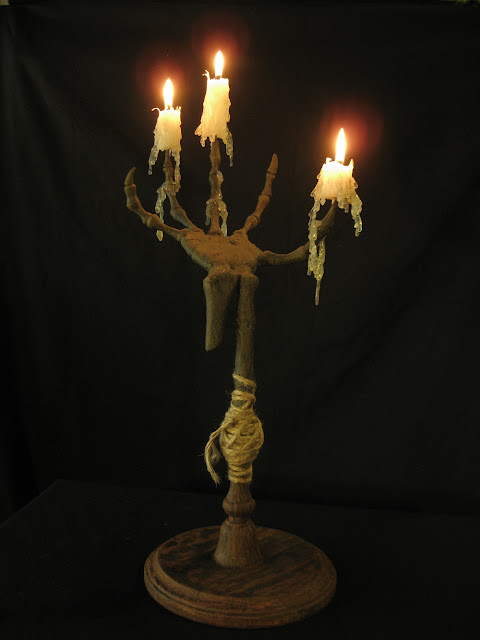 The basic legend is, they were used as a tool by thieves well versed in the occult. The severed hand of a robber or murderer, executed for their crimes, was fashioned into a macabre candelabra. For each candle lit, one person in a home would sleep without waking until the flame was put out, allowing a thief to steal away without fear of being caught. 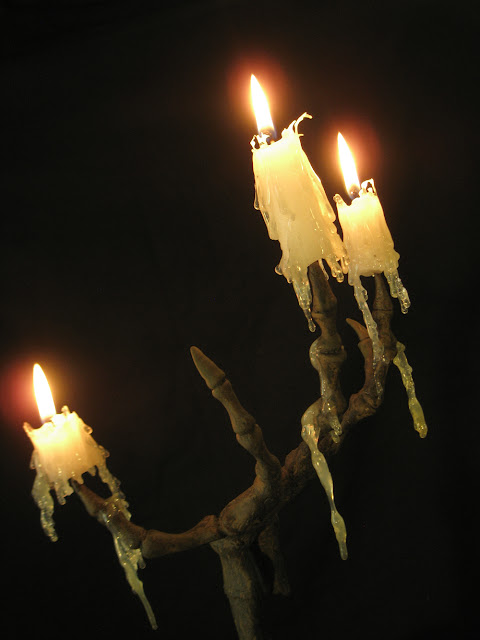 I imagined my Hand of Glory a very old and well used one... traded, bought or killed for by numerous nefarious criminals in dark pubs and alleys over many, many years. The hand has become mummified and skeletal, not as fresh as it was when quickly and crudely, snapped off a forgotten ne'er-do-well pirate's corpse hanging on the gallows long ago. It was created in haste during some dark ritual... an exposed forearm bone was simply lashed a wooden candlestick keeping it upright. 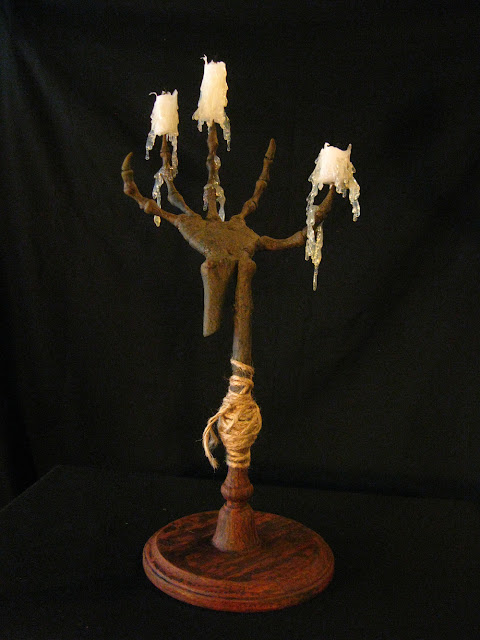 I should mention that although I used real candles in this prop, it was only made to display them, not safely burn them. They were lit just for these pictures, and even then, for only less than a minute.

This piece started as a zombie hand I was making to rise out of the ground for the Halloween yard display this year, but a new idea for it hit me. 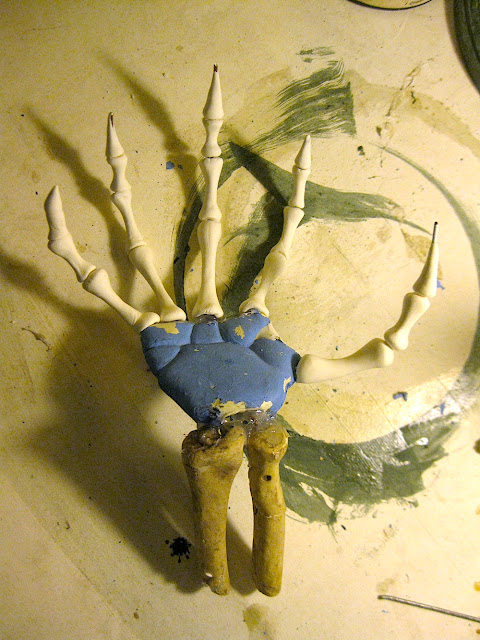 Posted by Dave Lowe on Thursday, March 29, 2012
Email ThisBlogThis!Share to TwitterShare to FacebookShare to Pinterest
Filed under: Cabinet of Curiosities, Props