This list is growing. As I've been thinking about it and remembering things, I'm discovering what a real scaredy cat I was (Who am I kidding? I still am). There may be numerous posts on this subject beyond this month. 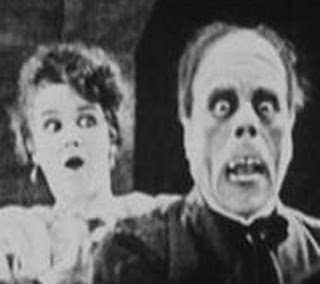 I was really young and remember watching some TV special with clips featuring old movies. Then the famous scene of Lon Chaney's Phantom being unmasked was shown. It damaged me.

For a long time, whenever any silent movie came on TV, I would hide my eyes in fear it was the Phantom of the Opera. 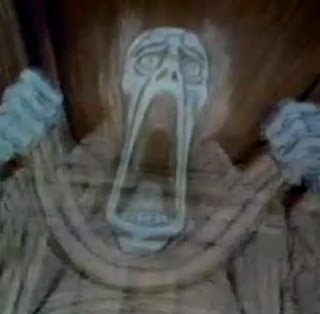 Animator Richard William's 1971 version of A Christmas Carol aired often during the holidays when I was a kid.

But once I saw his Jacob Marley, I no longer stayed awake Christmas Eve excited for Santa but in terror of Scrooge's old partner coming through my bedroom wall.

Sadly, it was not the first Christmas special that made me cover my eyes.

Believe it or not, there was a time I feared... 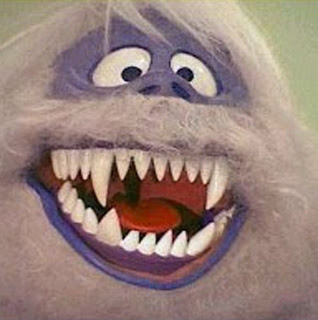 I know it sounds crazy, but listen, when you're 3 or 4 years old and see this giant, sharp toothed beast climb up over the North Pole mountains for the first time, yeah, you hide your eyes. 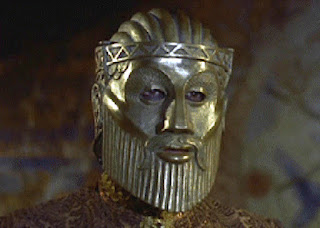 The Golden Voyage of Sinbad is a film I have great affection for and memory of. When it was released, I was only 8 or 9 but already knew who Ray Harryhausen was from watching his creature movies on Saturday or Sunday TV. 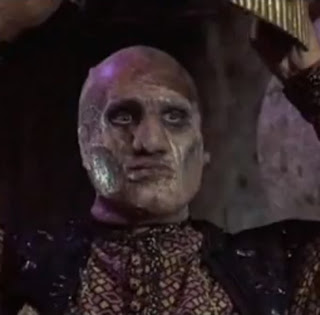 I enjoyed every single moment, except for one... when the mysterious Visier removed his gold mask. His face scared the cavemen attacking our heroes and me too.

My dad had to tell me when I could look again.

Posted by Dave Lowe on Saturday, October 08, 2011
Email ThisBlogThis!Share to TwitterShare to FacebookShare to Pinterest
Filed under: Halloween 2011