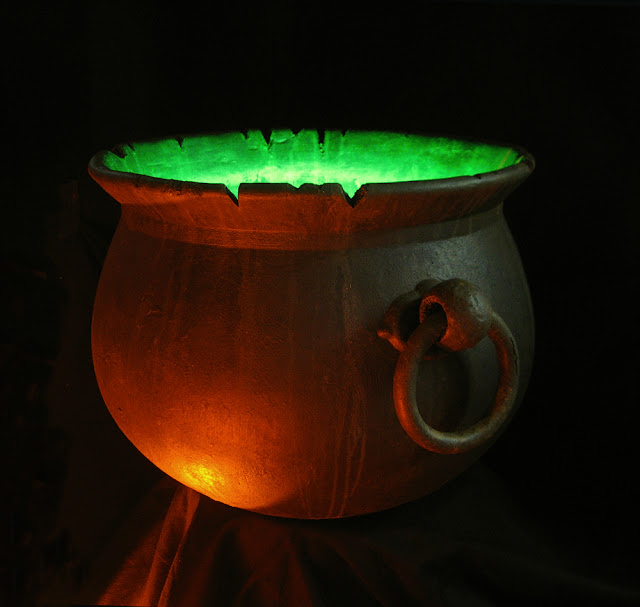 The cauldron is done, ready to be placed on a fire pit and have Grool the zombie inside. I painted it as a stand alone prop for the moment. Once the entire display piece is done, I'll probably add some blackened scorching on the bottom and a few drips of stew running down the sides. 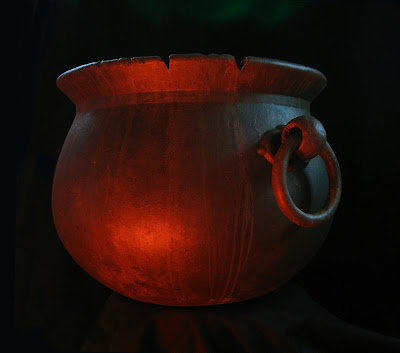 From where I last left off in Part One, It was sanded it down and base coated, inside and out, with flat black house paint ( I removed the rings temporarily so they could be painted separately ). 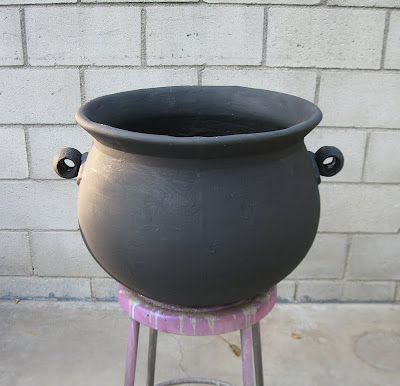 I decided to give the cauldron some "character" by notching out and denting areas of the lip - as if it's been heated and cooled too many times over the centuries. Then it was painted with the faux rust treatment I use on most of my props. Once dry I splattered on some watered down orange and brown for extra weathering. 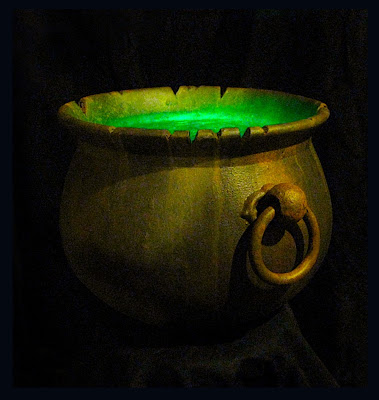 I made a "how -to" demo video of my simple rusting method. It's really basic and good for beginners (and an alternative for more advanced prop makers who find themselves money and time constrained on a project).

Posted by Dave Lowe on Saturday, August 13, 2011
Email ThisBlogThis!Share to TwitterShare to FacebookShare to Pinterest
Filed under: Halloween 2011, How to's