A Zombie A Month: Oh Rats! 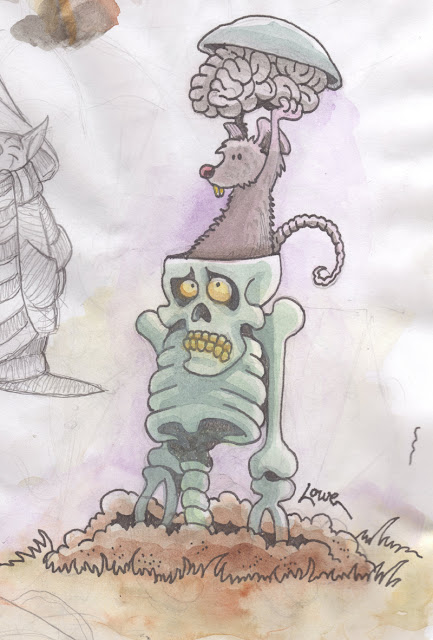 Here's the idea for January's "blucky" based zombie creation for next Halloween. This guy should be fairy easy to make as I'm just going to recycle the smashed pumpkin headed zombie from a couple of years ago, which I was never really happy with (I did like the idea though which may return in some variation of).

The fun part will be making the rat holding the brain. Not sure if I'll start from scratch or customize some pre-made props. Since fabrication on November and December's zombies hasn't gotten very far yet, there's plenty of time to figure it out.
Posted by Dave Lowe on Thursday, January 06, 2011
Email ThisBlogThis!Share to TwitterShare to FacebookShare to Pinterest
Filed under: Halloween 2011, Zombie a Month