I created a new collection of curiosities as gifts to the family this Christmas. All were based on stories, movies or legends they liked as kids. Click on images to enlarge.

Boat Plank from the "MAX"
For my brother in law Paul. A weathered old plank from a small boat found on the shore of a wild island where some say "things" live. Circa 1963. 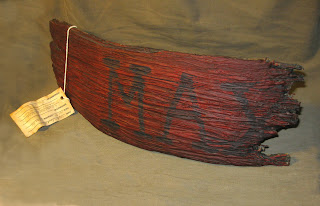 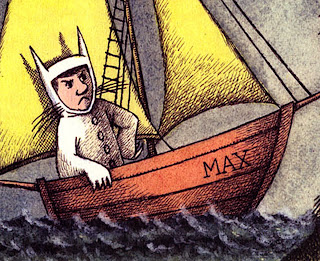 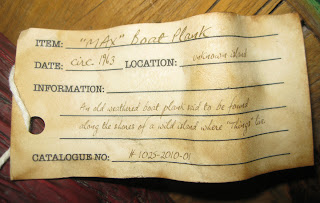 Keepsakes of "D. Gale"
For my sister Monica. An old box, circa 1900, containing odd pieces of yellow brick wrapped in blue gingham. 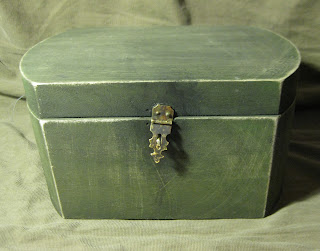 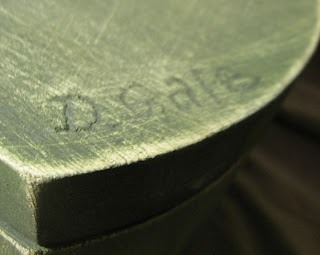 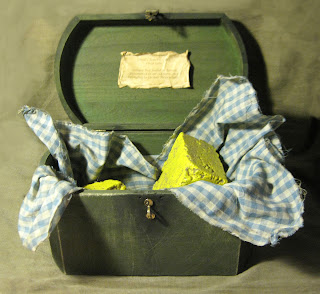 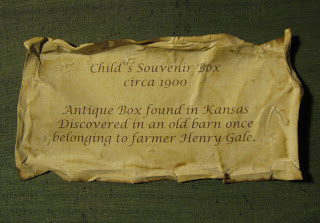 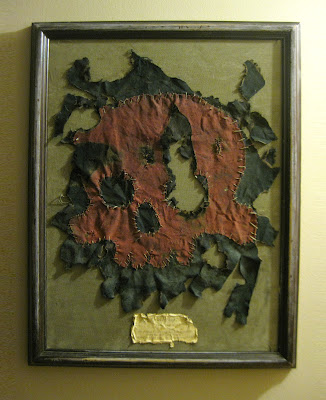 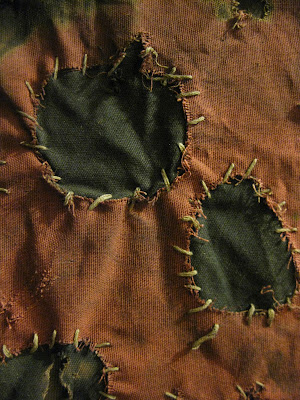 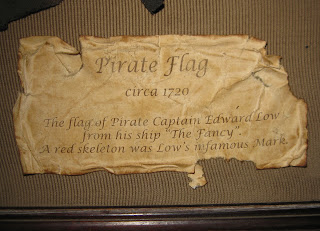 Martian War Telegram
For my father.  A 1953 telegram sent to Gen. Mann in Santa Rosa CA. alerting him that "cylinders" have crashed all around the world. Dr. Clayton Forrester is also mentioned and to be retained for consultation. 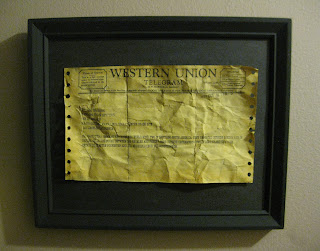 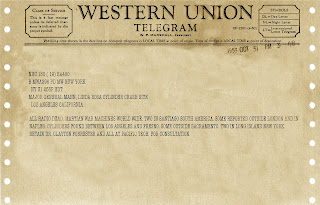 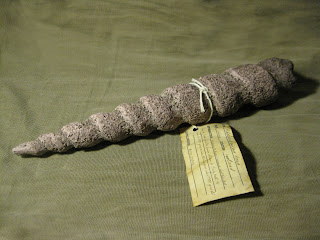 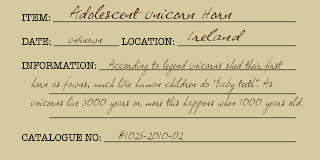 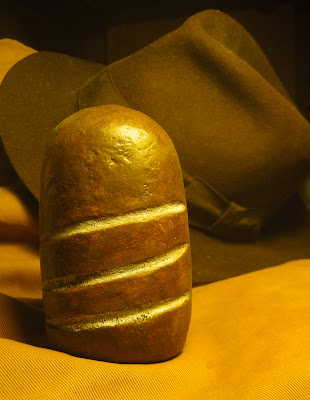 Nanny Wanted Ad
For my Mom. A clipping from a 1910 London Times newspaper page featuring a "help wanted" ad for a nanny at 17 Cherry Tree Lane. 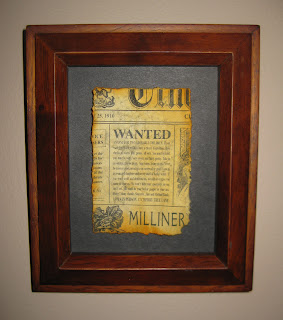 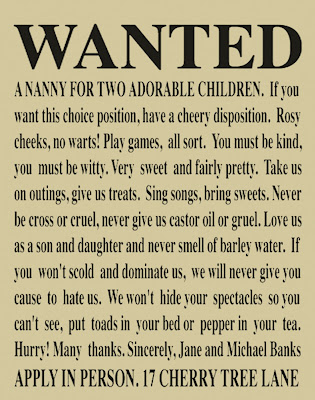 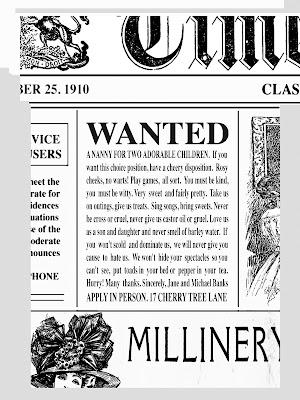 Posted by Dave Lowe on Sunday, December 26, 2010
Email ThisBlogThis!Share to TwitterShare to FacebookShare to Pinterest
Filed under: Cabinet of Curiosities