Most ideas start with a sketch. The first incarnation of this prop was a smaller creature made in 1996 (I know I have a picture of, but still looking for). This doodle was well after that creation depicting the ideal version. 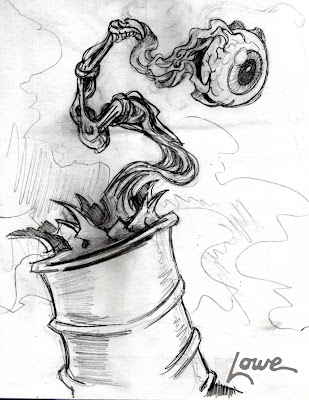 Halloween 2000. Pressed for time, I went with a clunky robotic looking neck. 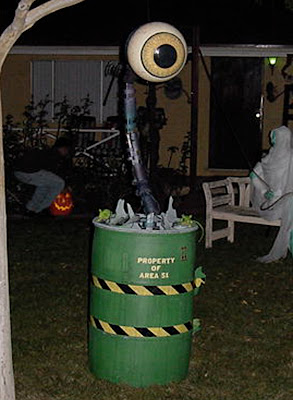 Halloween 2004. A makeover which fell apart shortly before being finished. A pity because it was looking far closer to the original concept. 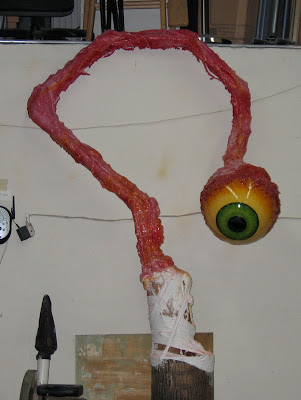 Halloween 2006. I went Great Stuff foam crazy. It was planned to be part of a larger radioactive dump idea with many more canisters strewn about, but never happened. 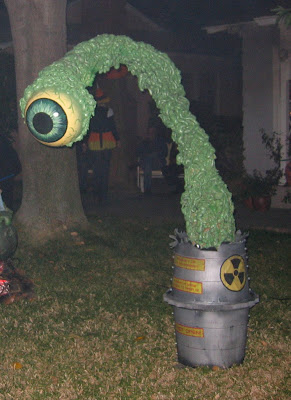 Halloween 2007. Dressed it up with ivy and placed in a garden pot. Actually turned out looking pretty good especially adding a few more potted plants around him. 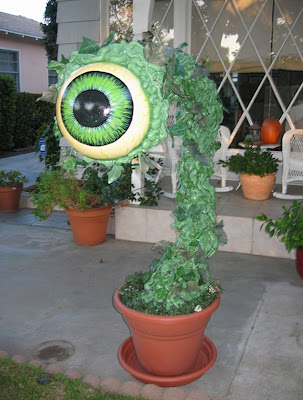 Halloween 2008. Moved the monster eye idea into a window becoming a cool illusion that it follows you. For details on that, click here. 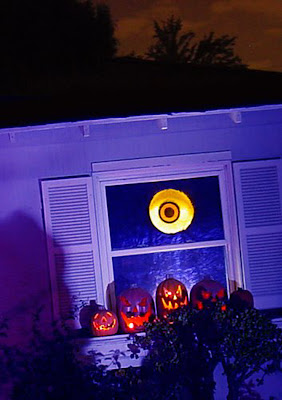 The eye took a break in 2009. Halloween 2010? I'm thinking about combining the original idea with the moving eye illusion version creating a new character. We shall see.
Posted by Dave Lowe on Saturday, August 21, 2010
Email ThisBlogThis!Share to TwitterShare to FacebookShare to Pinterest
Filed under: Halloween '10