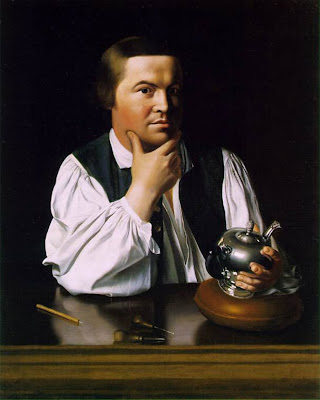 Yes, THE Paul Revere. You know him for his midnight ride and his life as a patriot silversmith, but did you know he was a pretty good artist and created a revolutionary viral marketing campaign that lead to the founding of our nation?

In 1770 a large mob of colonists had gathered outside the customs house in Boston as a wig maker began arguing with a British Captain's servant that the Captain had stiffed him on a bill. British soldiers were sent to disperse the crowd. This only made them antagonistic. In the chaos, the soldiers fired on the colonists killing five. This became known as the Boston Massacre, thanks to an illustration by Paul Revere. 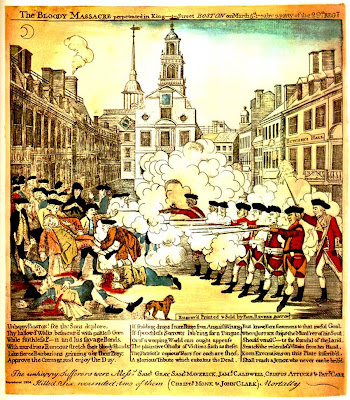 After drawing his interpretation of the event, he quickly turned it into an engraving and had printed in Boston newspapers. The picture soon spread across the 13 colonies for all to see. Hand painted copies were even made available to order. It fueled the already growing fire of dissent and became an image that rallied many in support of revolution and a significant milestone on the road to independence. There are many historical debates and other details to this story I discovered researching this, but this is the common tale which is basically true.
Posted by Dave Lowe on Monday, May 17, 2010
Email ThisBlogThis!Share to TwitterShare to FacebookShare to Pinterest
Filed under: Creative Inspiration