There are very few illustrators who's work defines a generation.

His movie posters made any film look better than they were...

Struzan's art is as famous as the film's themselves. In the 80's and early 90's it seemed like he illustrated the poster for every movie. Below is a small sample of his classics ... 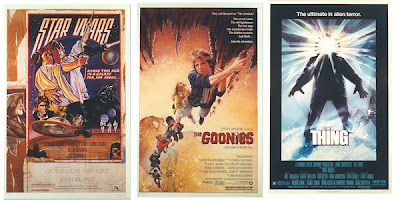 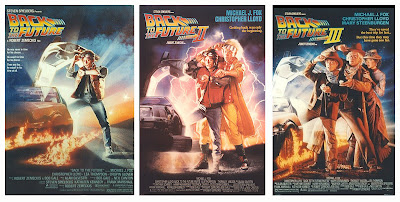 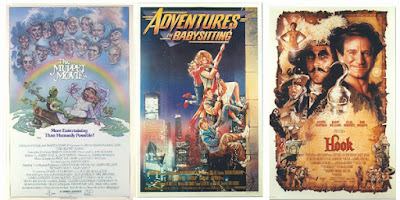 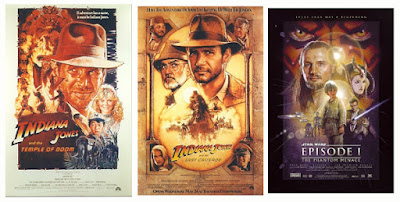 In a world of photoshop, Struzan remains a craftsman. His art is done at actual poster size ( around 27" x 40") in acrylic and colored pencil on gesso'ed board.

Yesterday morning I checked my e-mail as usual and my friend Rene sent me this image of the newest Drew poster... 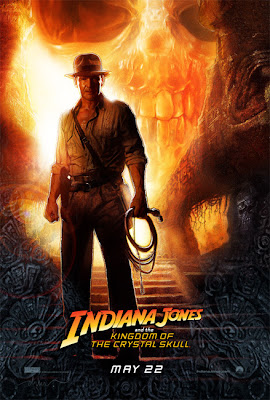 It was a great way to start the day. I like that it's reminiscent of the teaser poster from TEMPLE of DOOM, one of my favorite Indy ads... 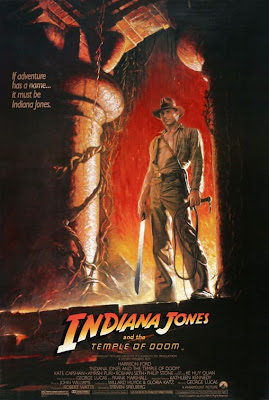 I love the TEMPLE of DOOM poster because it's so pulp novel/magazine cover feeling, perfect for the period of an Indiana Jones adventure.

It made me feel the movie was going to be something special and not just RAIDERS II.

Can anyone tell me who the illustrator of the above TEMPLE of DOOM poster was? I'm serious, I don't know.
Posted by Dave Lowe on Tuesday, December 11, 2007
Email ThisBlogThis!Share to TwitterShare to FacebookShare to Pinterest
Filed under: Creative Inspiration