A Week in Review

I did nothing creative this week work wise...but here is a week in review with a some weak artistic observation to make up for it.

As you might of read previously on this blog, my Mom broke her hip and spent a few days in the hospital. She's doing great now healing at my sister Megan's house (Mom's home has many stairs to climb and Megan's is ranch style with a nice guest room).

While spending time at the hospital earlier in the week I noticed a few things...

I'll have to research this but is there a patron saint of vending machines?

In a hospital hall on day one, I remember seeing someone in this frame. On day three, the person in the picture must of got fired...

Why, when on the fifth floor with a nice view does the hospital put the bed facing away from it looking at nothing but a sink and a bulletin board with a "pain level" chart pinned to it?

Once Mom was out of the hospital and at my sister's... my brother Ted and I took niece Devin out of the house for an hour to give Mom (and sister) a preschool play time break.
We went to the local arcade. Devin got lucky on some game and won a hundred prize tickets with one token. She then wanted to play that game over and over again...yea, a future gambling addict.

Two days ago I went to the corner store. Across the parking lot I noticed something I never saw before. Someone living nearby had a roof topped with old wheelbarrows. Very curious, I'll get a better picture of soon... 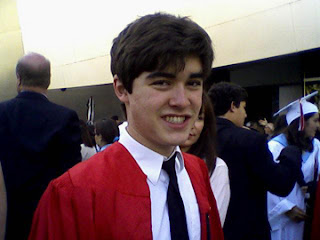 He has amazing artistic skill and will be pursuing art in college. Its scary how fast he grew up, I remember him a little kid drawing with me as in this cartoon from years ago (click on to enlarge)... 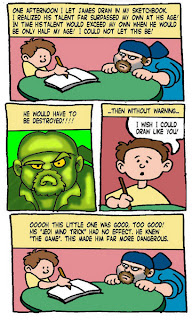 His school graduation ceremony was at the downtown Disney Concert Hall (ooooo fancy!). I missed it as Mom was having surgery that day but the Fiancee went. James played cello in the school band and they performed...below is a picture. He's the blurry blob second from the left of the larger blurry blob below the 3rd blurry blob on the right directly across and just below from the blurry blob in the center ... 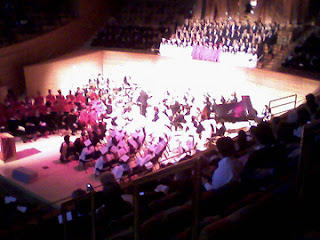 I'm hoping to get more creative next week but it might be hard. My brother Ted upped me one in the "crazy uncle" adventure tour dept. taking Devin on the subway and seeing the La Brea Tar Pits in the past few days. I've got to plan something good now and might distract from making stuff. 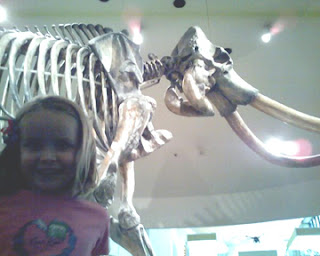 HMMMMMM...where is the nearest live volcano?
Posted by Dave Lowe on Thursday, June 21, 2007
Email ThisBlogThis!Share to TwitterShare to FacebookShare to Pinterest
Filed under: Adventures of Dave