My friend Bill once had a band. It was a raise your hands with devil horn fingers kind of band. LOVECRAFT was the name, Bill was the drummer. They played many a show in and around the L.A. bar scene. Bill often mentioned I should do a CD cover for them. A demented jester was to be their "Eddie" of Iron Maiden fame. The band broke up.

Behold this study/sketch of the heavy metal goodness that could of been. 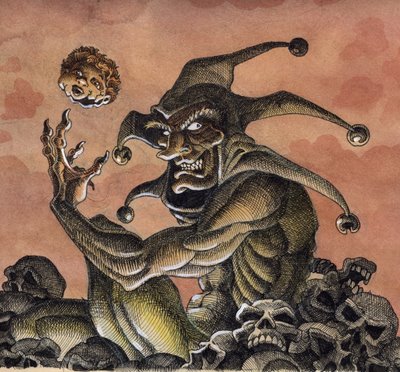