When we last left off, the character board was done. It needed to be secured into a frame, which would not only make it stable, but act as a blind to hide all the electronics and body part boxes  to come underneath it.

Pretty simple build, the main part was 1"x 6" pine, I spent a little extra money on pre-primed board to speed my painting up ( I'm under a tight deadline). Next I added a second 1"x4" board frame on the inside ( I went cheap on that wood, no one will see it). It added stability, and by recessing it created a shelf for the game board to rest on. By the way, if you like making things out of wood, treat yourself to a brad nail gun and a compressor. It'll change your creative life for the better. 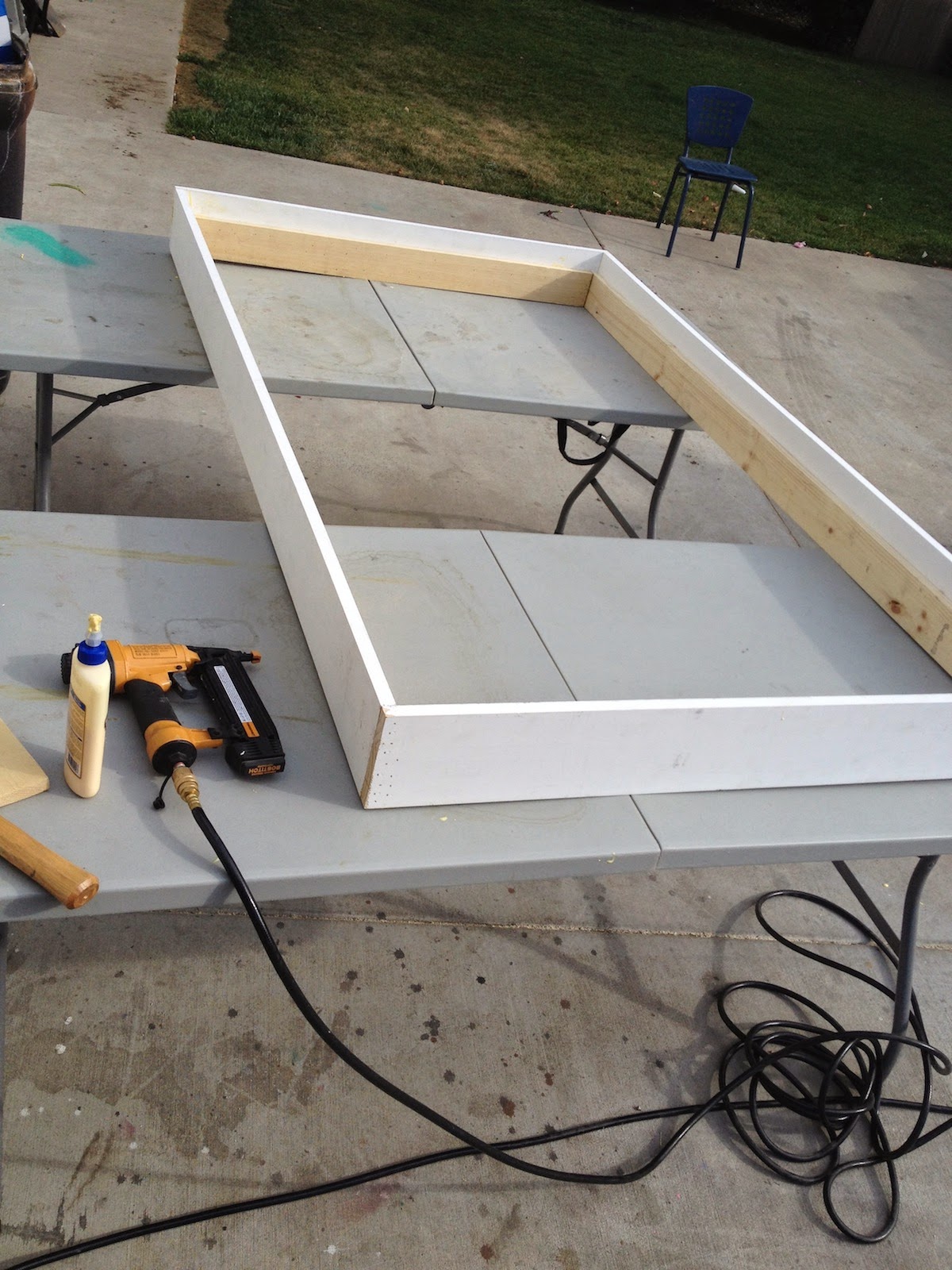 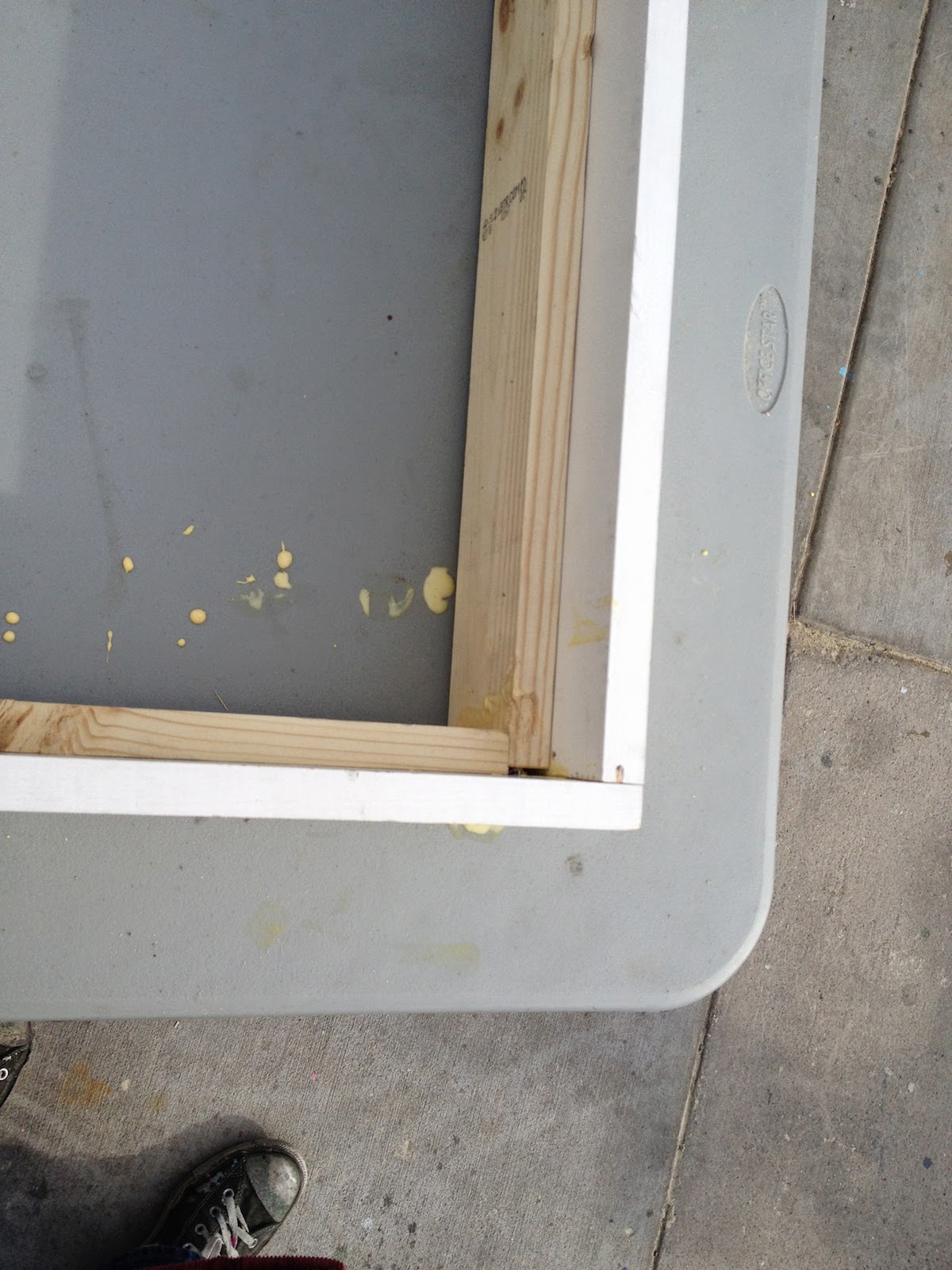 After a successful test fit, it was painted a nice aqua green to match the character board, and a color that felt surgical to me. 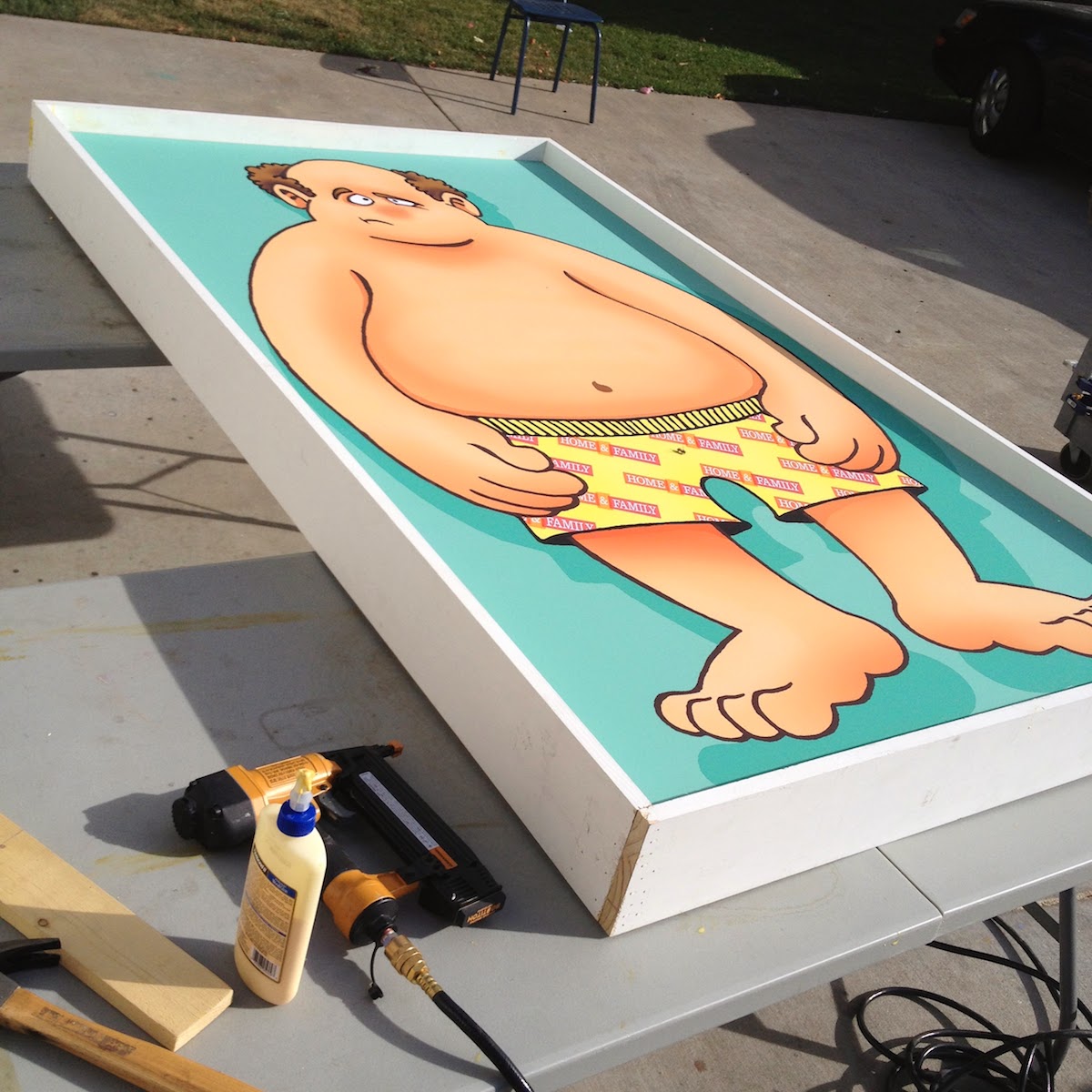 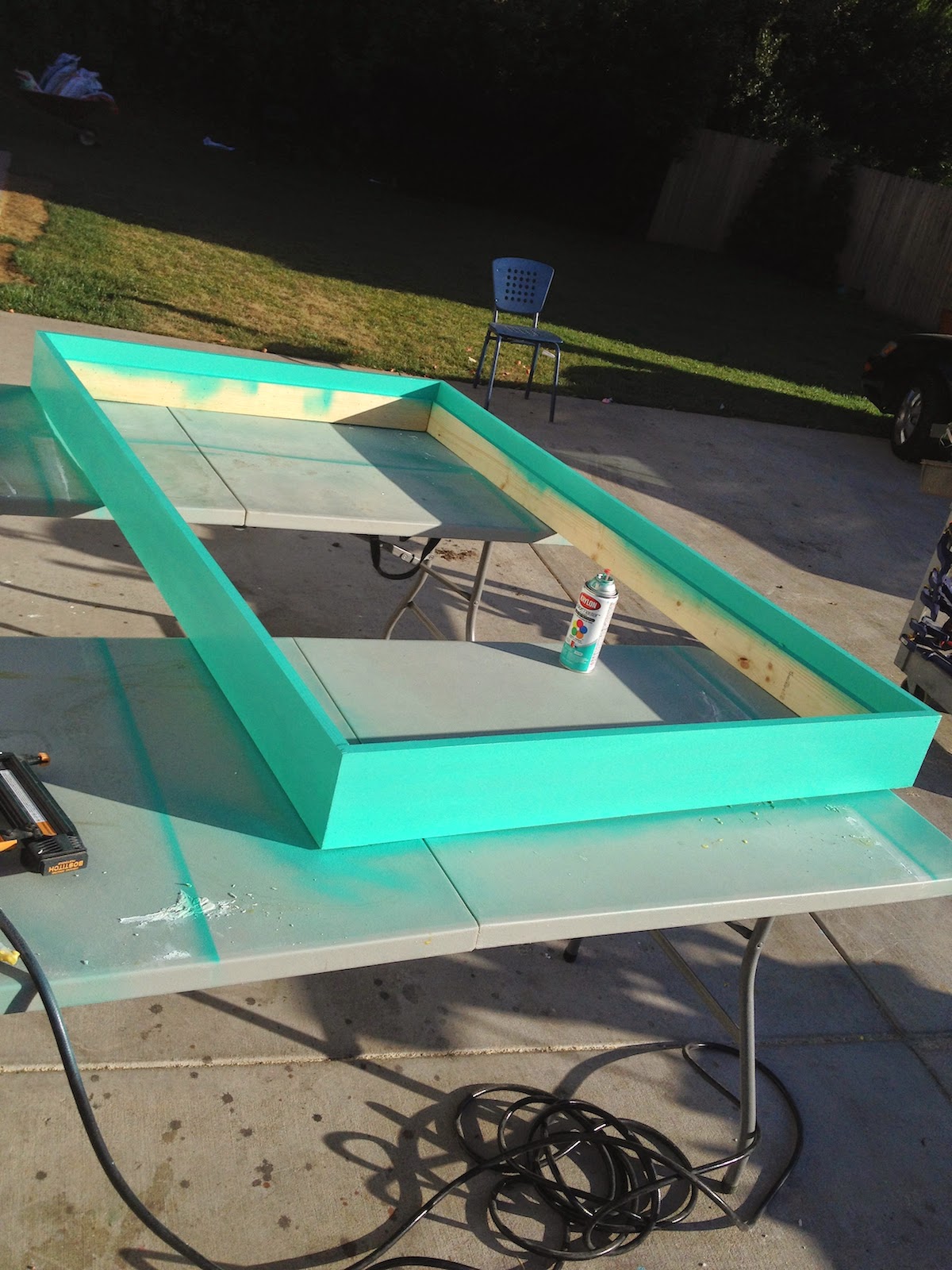 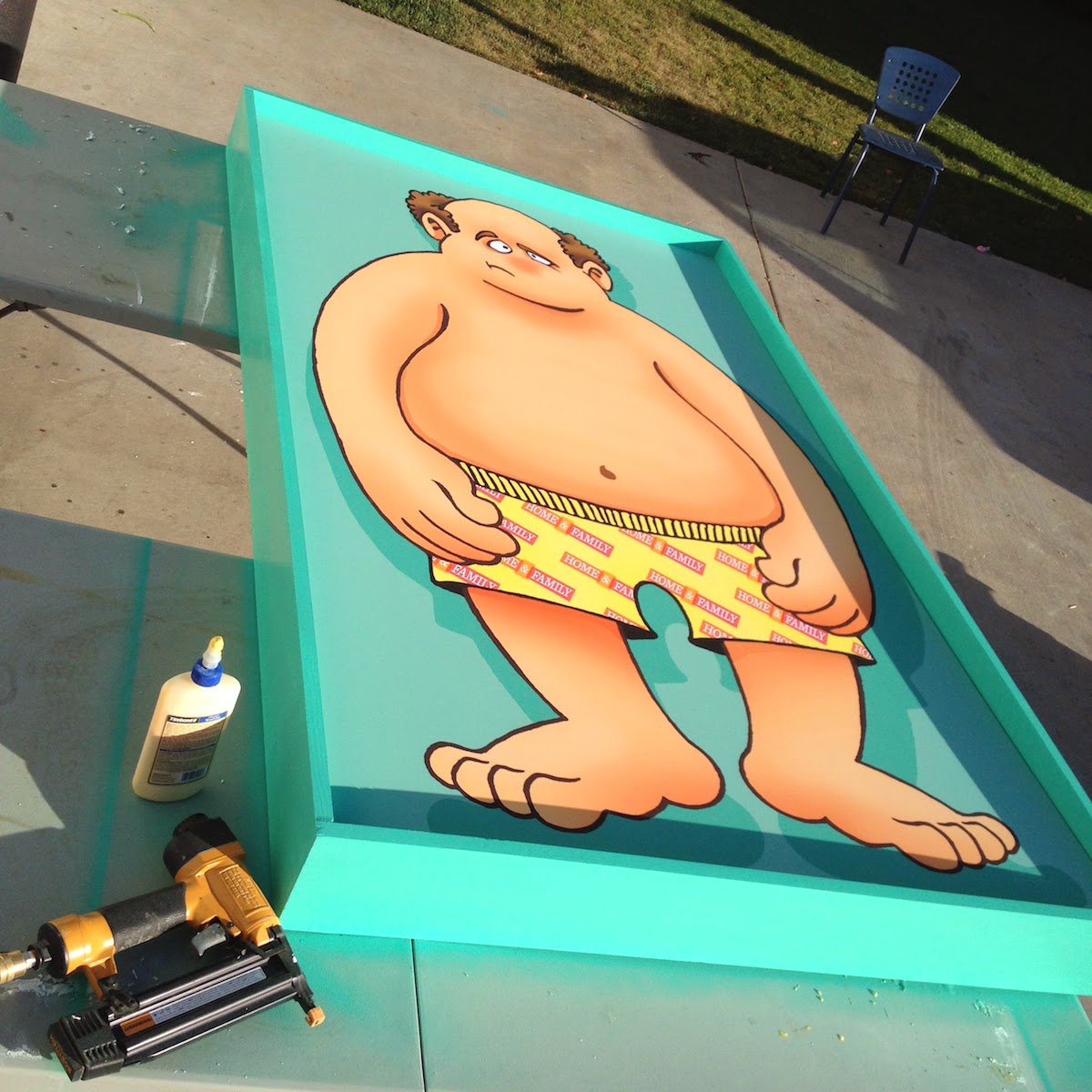 With the main board completed, it was now time to make it the actual Operation game. It needs holes filled with body parts to remove. This took careful planning. I had one shot at cutting into the pristine finished board. I was going to create a large trace paper cover to layout, sketch, and plot hole patterns on, but lucky for me, the nice guy at Kinko's gave me their first "oops" printing for free. Made life easy, and much more accurate using as a mock up. 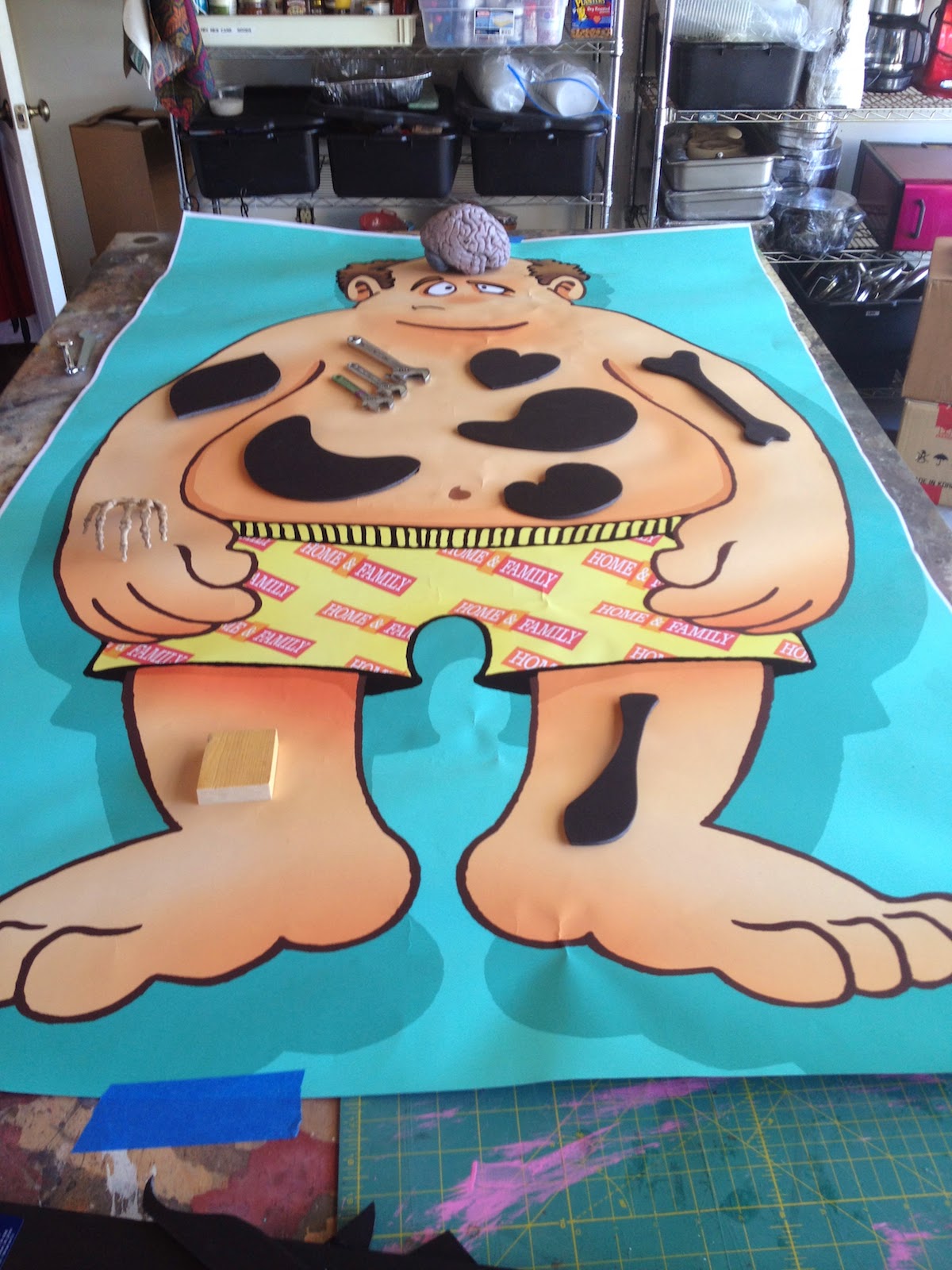 Next in Part Three - cutting holes, and making bones and organs.


Posted by Dave Lowe on Tuesday, April 29, 2014
Email ThisBlogThis!Share to TwitterShare to FacebookShare to Pinterest
Filed under: Home & Family, How to's, Props