Time for a Haircut.

It's been over a year since my last haircut. No real reason except months flew by and my work this year required few meetings to look slick and professional for. As I grow older my physical appearance has become less a priority to me. This is no big deal to me but is an embarrassment sometimes to the Fiancee.

I think I only own 2 shirts right now that are not covered in paint.

Standing in line for a movie, she once asked if I was going to wear my "hobo shoes" till they just fell off pointing to my well worn and hole filled Chuck Taylors. I bought a new pair the next day.

I feel no need to impress others but once my lax of appearance comes to a point that she (the most tolerant of all) has to point out...I know I gotta fix.

A week or so back, with family on Mother's day, the topic of how long my hair has gotten came up. 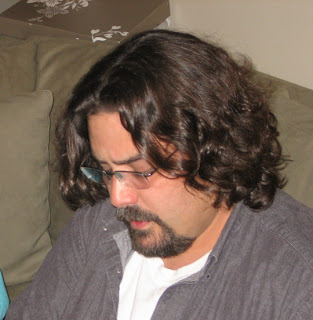 The Fiancee told my niece that she should style my hair...knowing full well she was waking a sleeping giant. Devin (my niece) took to the task with blinding speed. Hair clips and bands soon encrusted my scalp. 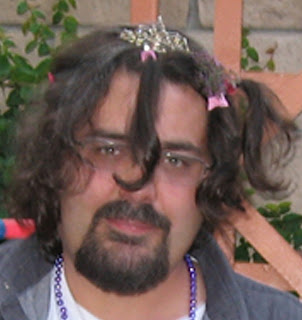 She would even take a step back to look at her work and see what more was needed, much to the delight of all (and the Fiancee, who became co-owner of the salon, suggesting new styles and ideas that would heap humiliation upon me)... 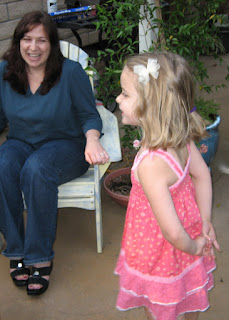 As the video below will show, I soon became a human art installation with Devin adding all she could find to her creation. All this was a spontaneous (yet clever) ploy by my brilliant and beautiful Fiancee to let me know it was time for a hair cut. Ok, I'll get one...I don't want to be known as Aunt David.

It took longer to take apart Devin's art than create... 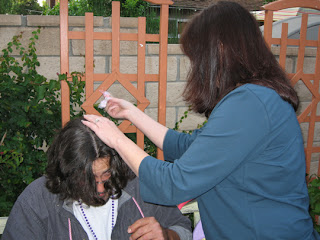 Posted by Dave Lowe on Tuesday, May 29, 2007
Email ThisBlogThis!Share to TwitterShare to FacebookShare to Pinterest
Filed under: Adventures of Dave