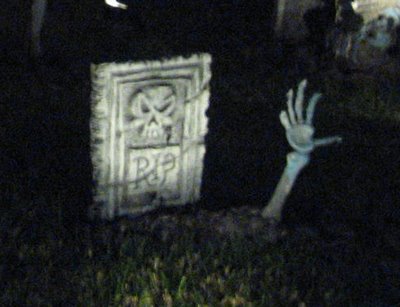 I always thought we needed a better address post. This zombie's head I made with a motion activated skull I found at Cost Plus. His jaw chatters and eyes look left and right while lighting up. The sculpt and animation was great but it made a lame laughing sound with an organ music sting. It's sound quality was just garbled noise. I opened it up and cut the audio wire out. 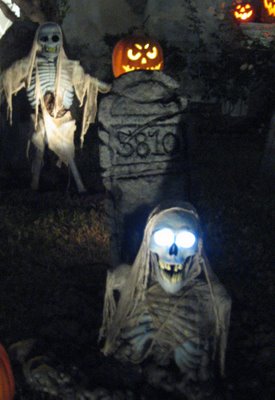 I've loved pirates long before Johnny Depp made them cool to everyone. I've always wanted to have a pirate skeleton on the lawn and finding a discounted "Jack Sparrow" costume gave me no reason not to make one. I know, I know...Capt. Jack did not have a hook, but I could not help giving him one. 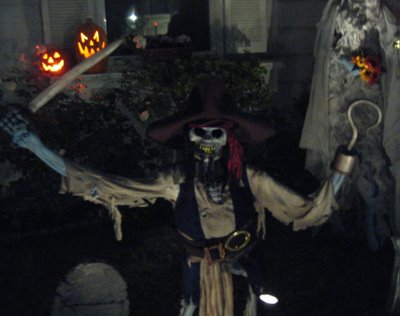 My brother Ted spent an afternoon in the tree making the web for a giant spider. 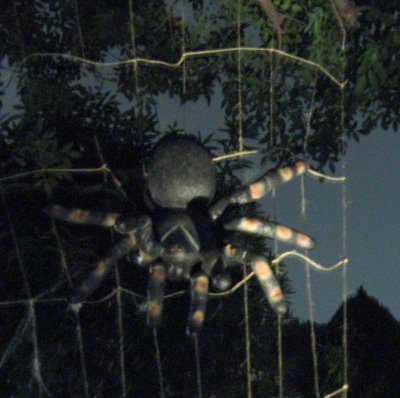 This guy is the end result of trying to create the illusion he was juggling the pumpkins. I had several clear plastic posts behind him with these pumpkins and more mounted at various heights. The posts kept warping and bending because of the weight. I troubled shooted it enough to make work, but I got frustrated and decided to move on, maybe next year. 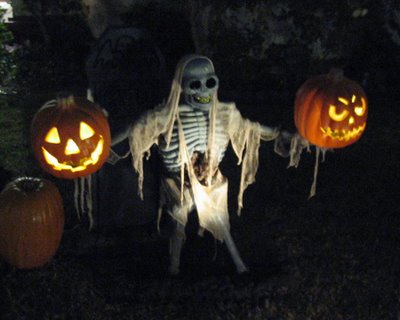 The guillotine is up again this year and I added a new skeleton pulling the rope holding the blade. 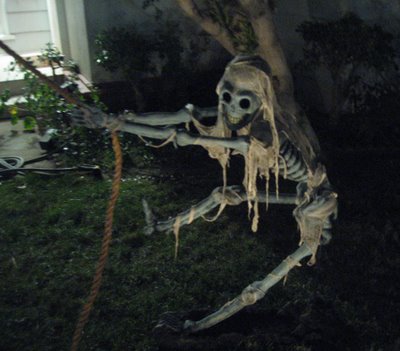 This weekend I'm setting up the enter and exit path for the Trick n' Treaters on the big night. I'm still adding a few scares.
Posted by Dave Lowe on Saturday, October 28, 2006
Email ThisBlogThis!Share to TwitterShare to FacebookShare to Pinterest
Filed under: Halloween '06